Although I spent two months working on the van, a week driving across the country, and numerous stops along the way, Squamish has always been the goal. But as I finally found myself headed to the Canadian border, the weather in B.C. suddenly turned sour. A week of rain was ahead of me. I pulled over in a truck stop near Eugene, OR for the night and to reassess my priorities. On the one hand I really wanted to get to Squamish, it’s been my driving force for months. On the other hand, hanging out at the base of the cliffs in the rain and not being able to climb would be heartbreaking. Well, if I didn’t go to Squamish, what else could I do? By complete coincidence I happened to be only two hours from Smith Rocks where Grant and Emily were spending the week. I didn’t know much about Smith, but I’d heard it’s pretty old school. Scary sport climbing, right? 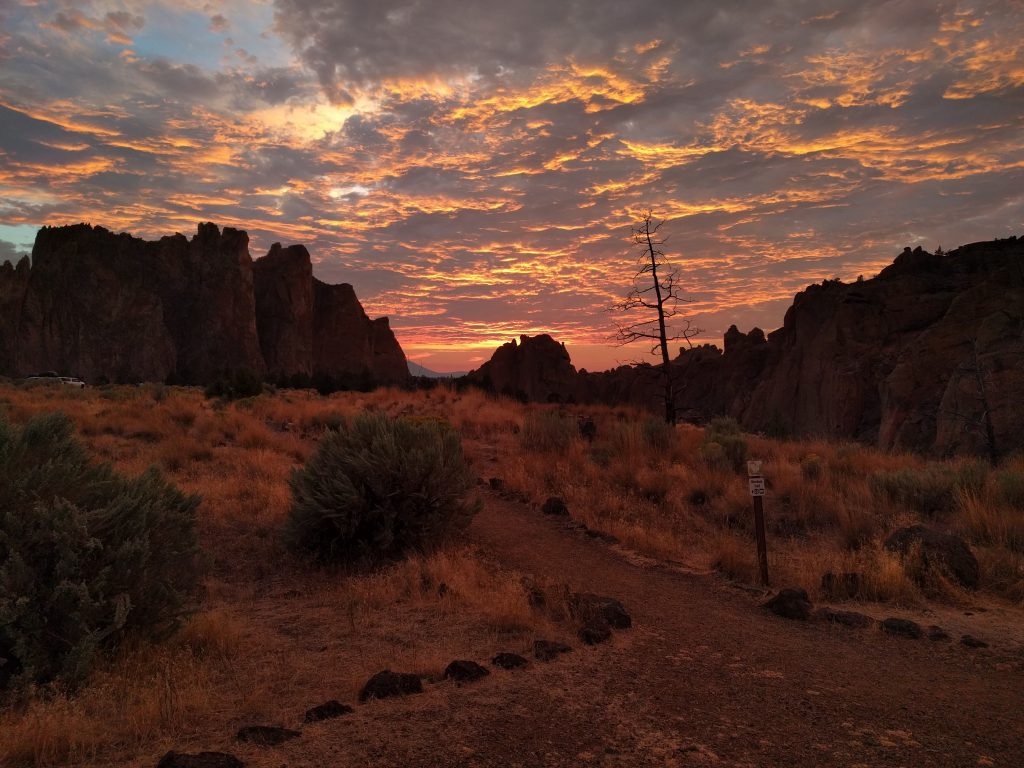 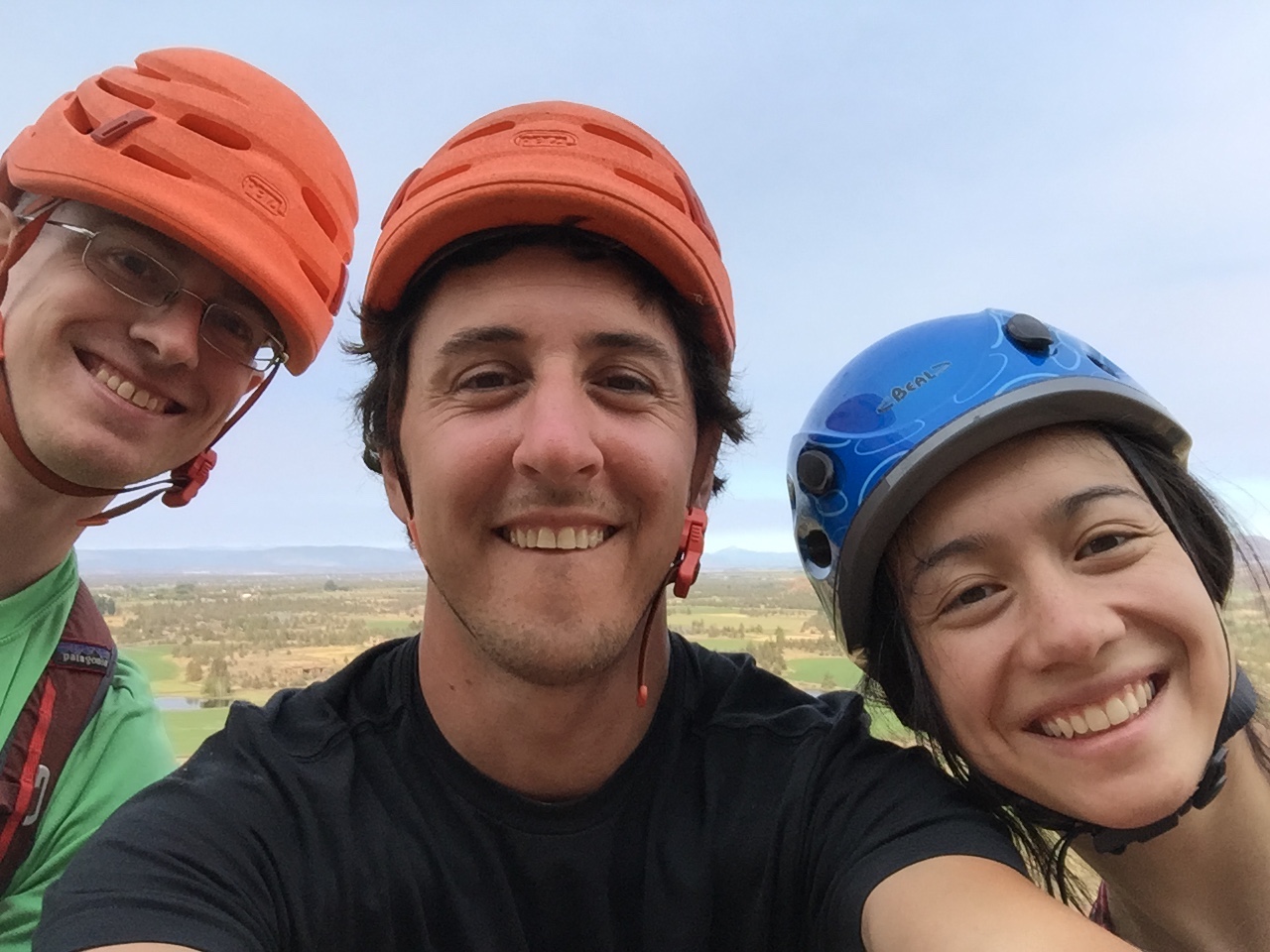 What a beautiful place. Yes, there’s sport climbing there and yes, sometimes the bolts are well spaced, but Smith has so much more to offer. You can be pebble pinching on some techy sport route one day and plugging gear on flawless basalt pillars the next. There are overhung hueco jug hauls and multipitch desert towers with HUGE exposure. Amazing. 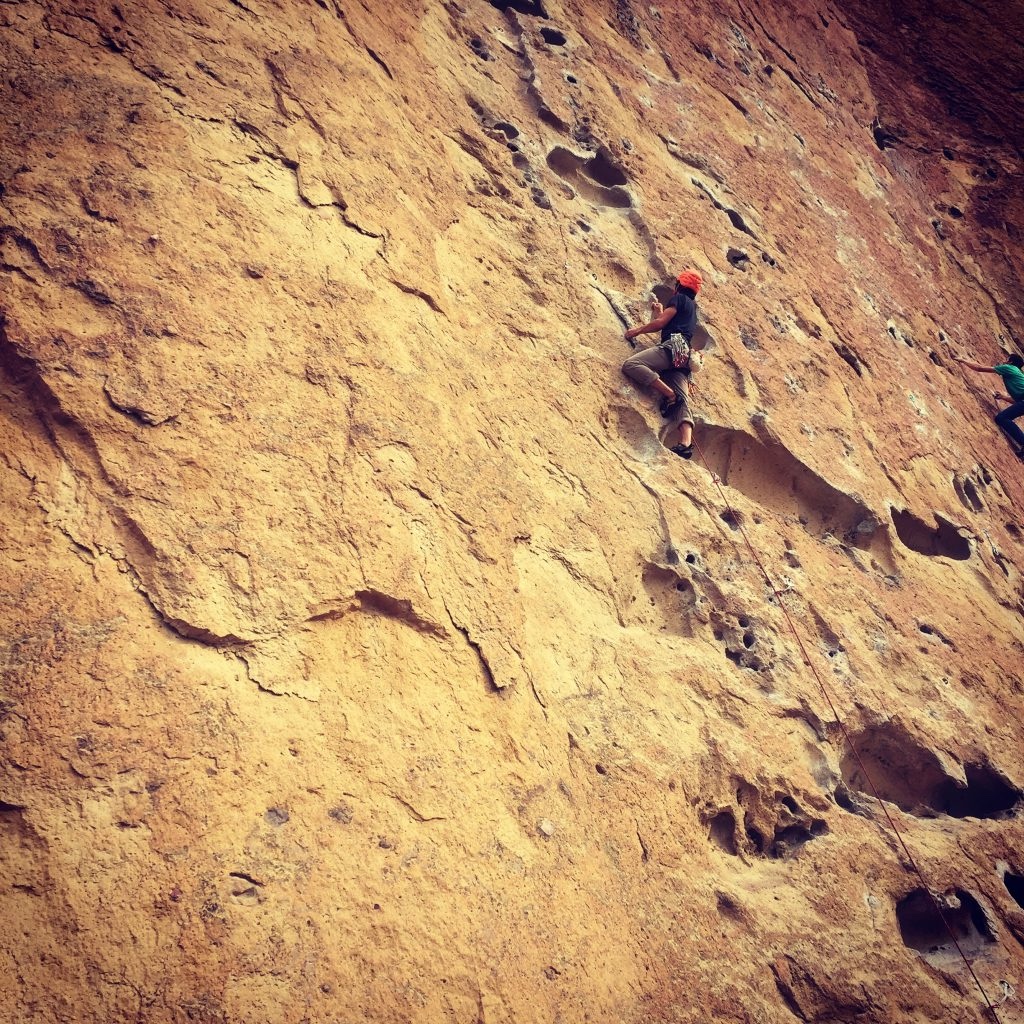 After warming up on Where You May Roam (5.9, 5 pitches), we moved over to the Mesa Verde Wall and climbed Cosmos (5.10a). Both were super fun, but the real gem of Mesa Verde was Moons of Pluto, a stellar 5.10d pebble pincher that we did a few days later. The position of the route is incredible, it runs right up an arrete with a backdrop of the river and the snow capped mountains. Screaming Yellow Zonkers (5.10b) was also a must do. Grant jumped on Bad Moon Rising (5.11a), but after seeing him struggle, no one else wanted to follow it. It’s a tribute to how sandbagged the ratings are at Smith that Grant (a guy who recently sent a 5.13 at Rumney) struggled on a 5.11a at Smith. On-sighting is hard here. 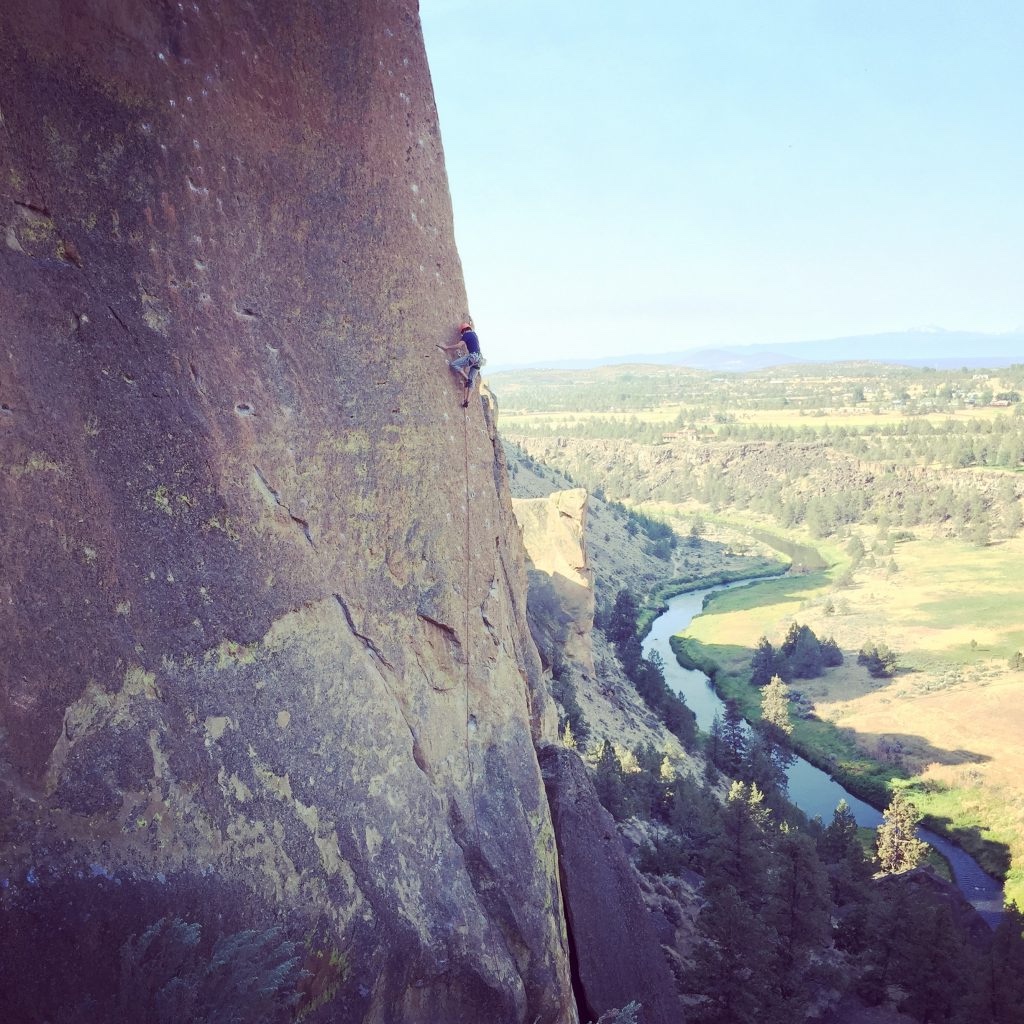 The crown jewel of the week was definitely Monkey Space (5.11b, 3 pitches) on the Monkey Face tower. I’ve climbed a number of desert towers, but I can’t say I’ve ever done a route quite like this. The crux pitch is a 5.11 traverse. It’s bolted, but the bolts are spaced so that when you fall, you take a huge pendulum into outer space. I took the fall twice so I can vouch that it’s safe, but the first time is unnerving. The summit pitch is a short, but bouldery, sequence of moves out a roof with full exposure. I’d definitely go back and do it again. 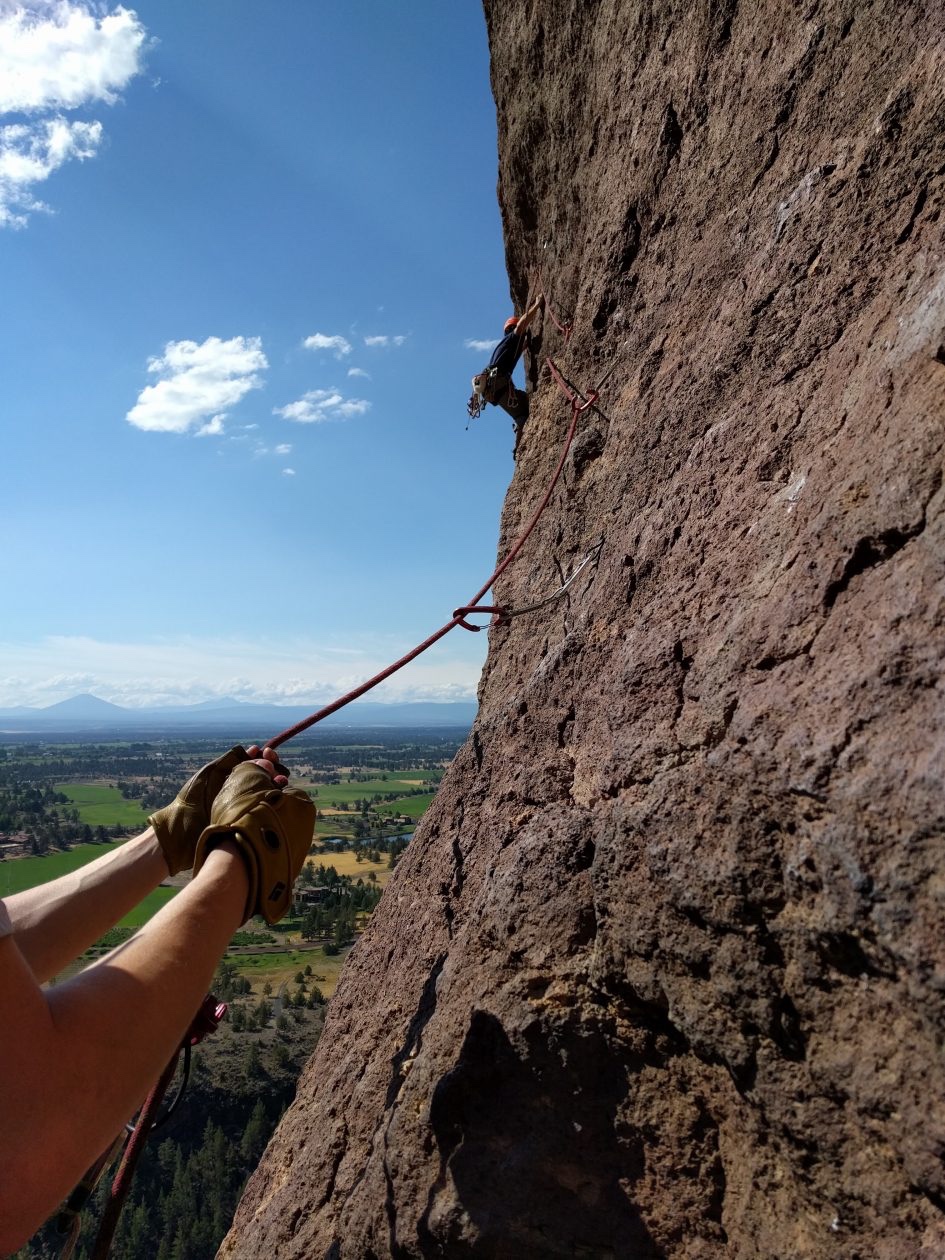 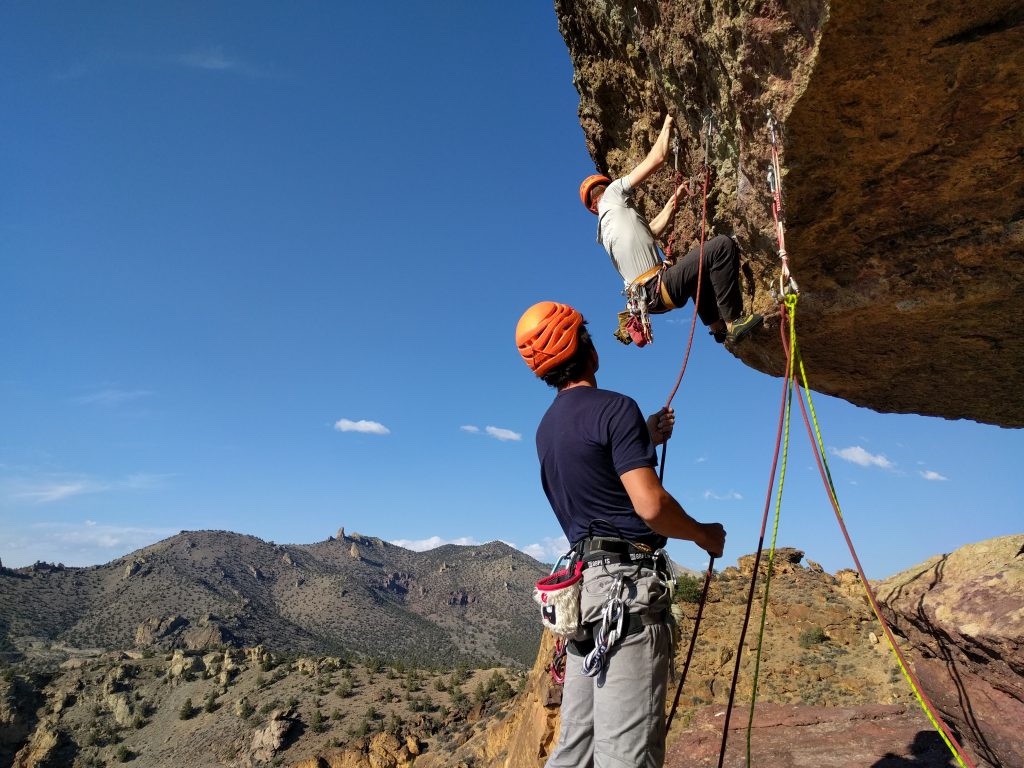 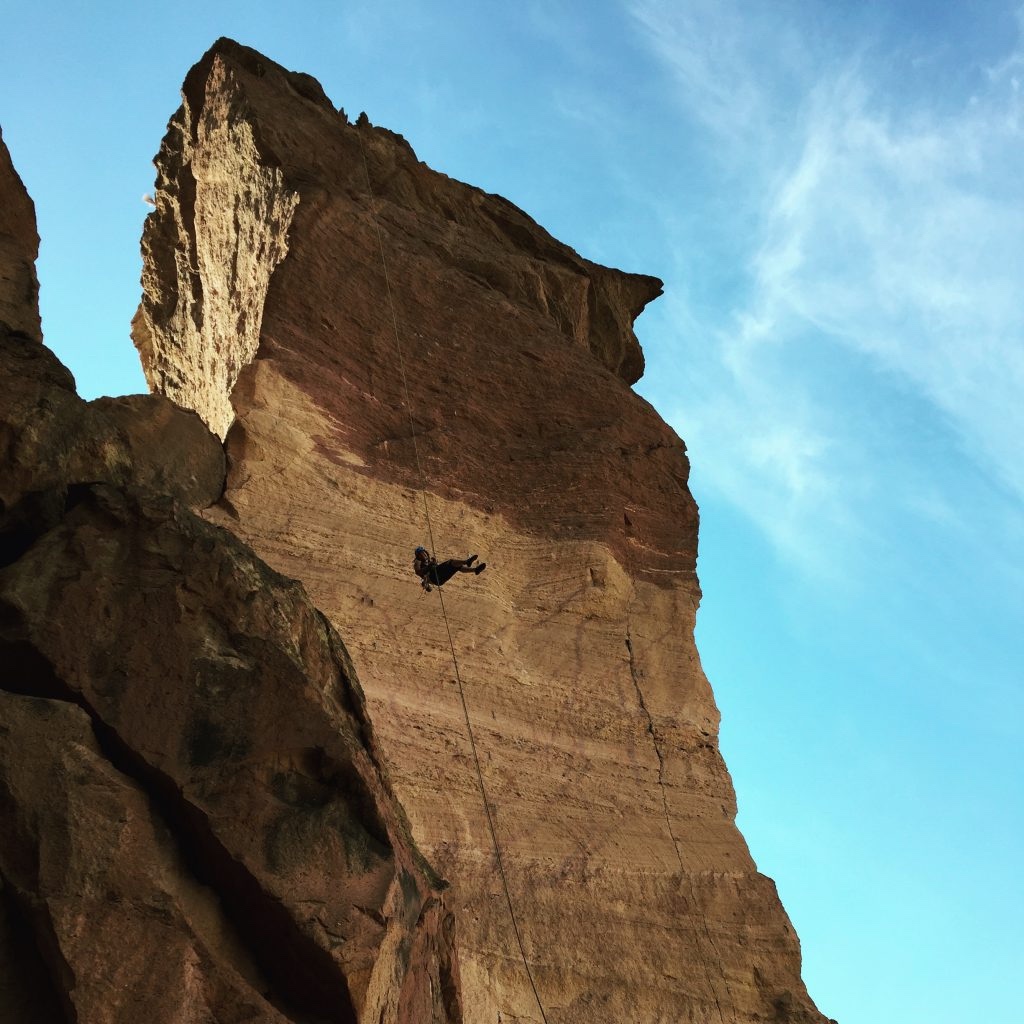 We also spent a day at the Lower Gorge with my new friend Clara, who showed us around. This place is stacked with 5 star basalt trad lines. There are routes every 10 feet, each one as good as the last. We did Gruff (5.10a), Bad Finger (5.10b), and some 5.10c that I don’t even know the name of, I just really wanted to climb it! Even more amazing is that this area is almost entirely empty. Everyone’s too busy trying to ticking off their sport prodge I guess. 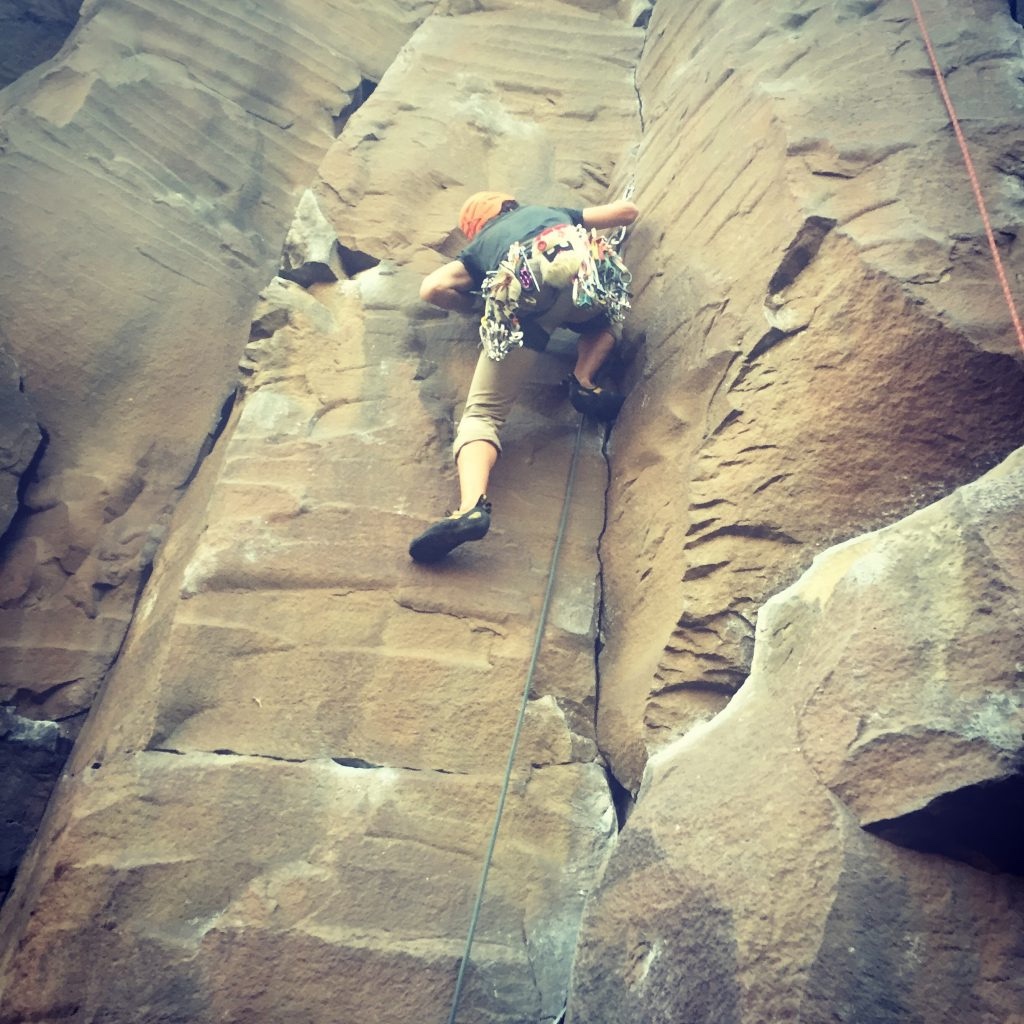 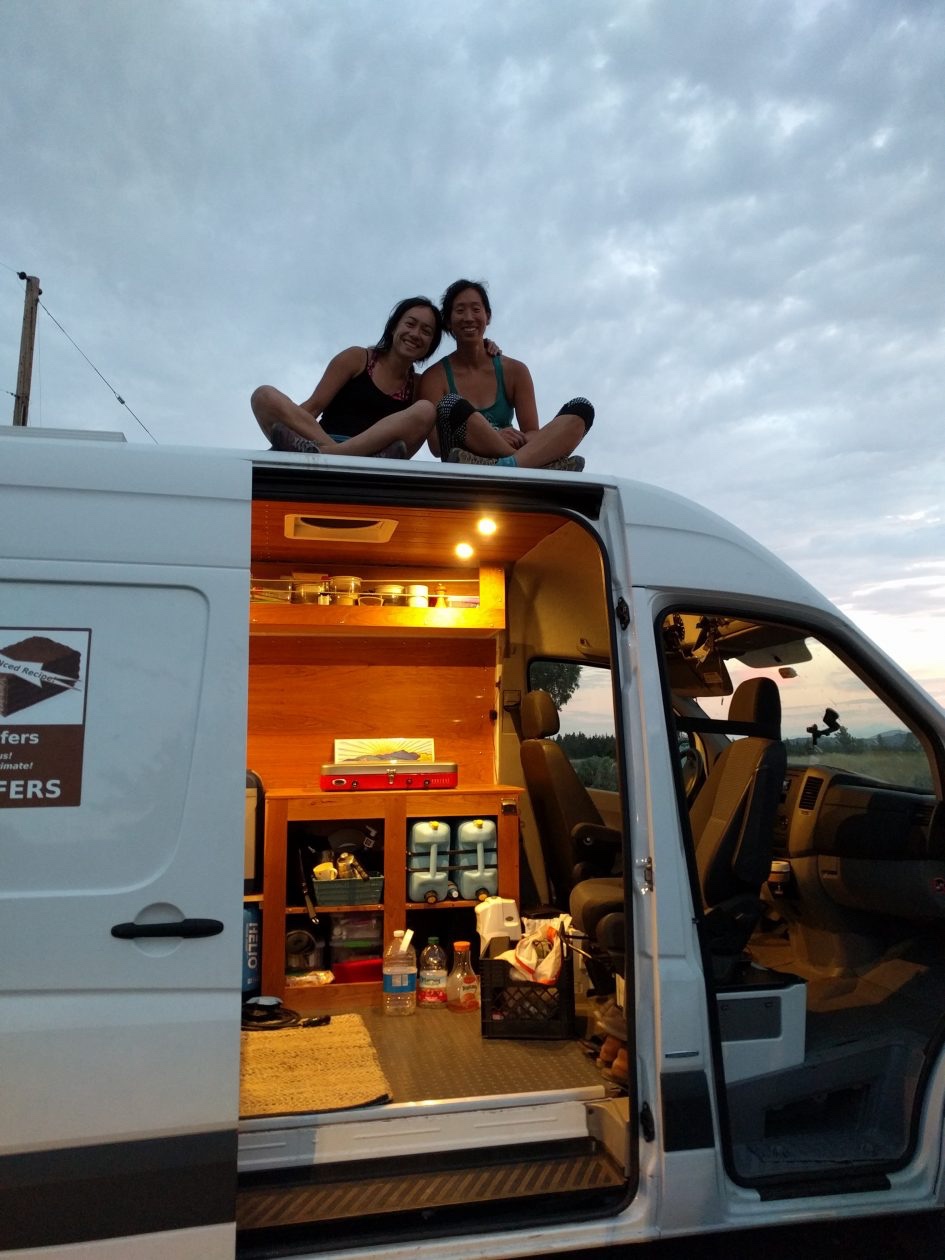