I’m calling this post Part 1 because I’m hoping to hit up the valley several times this year. Although I just left, I already have plans to go back in October. This time around I met up with Chris, Rose Mary, Pete and Keith. The original idea was that I would climb with Rose Mary while the rest of the crew would crushing out The Nose on El Cap. The plan changed a bit when the boys came down early, but I still got one fantastic day with RM on the East Buttress of Middle Cathedral. RM and I climbed this route many years ago and I remember it being one of those routes that pushed my limits at the time. At 5.10a and 11 pitches, it was probably the longest/hardest route I’d done to date. Pretty cool to come back years later and crush it out in a casual 9 hours car-to-car (including a 3 hour descent). 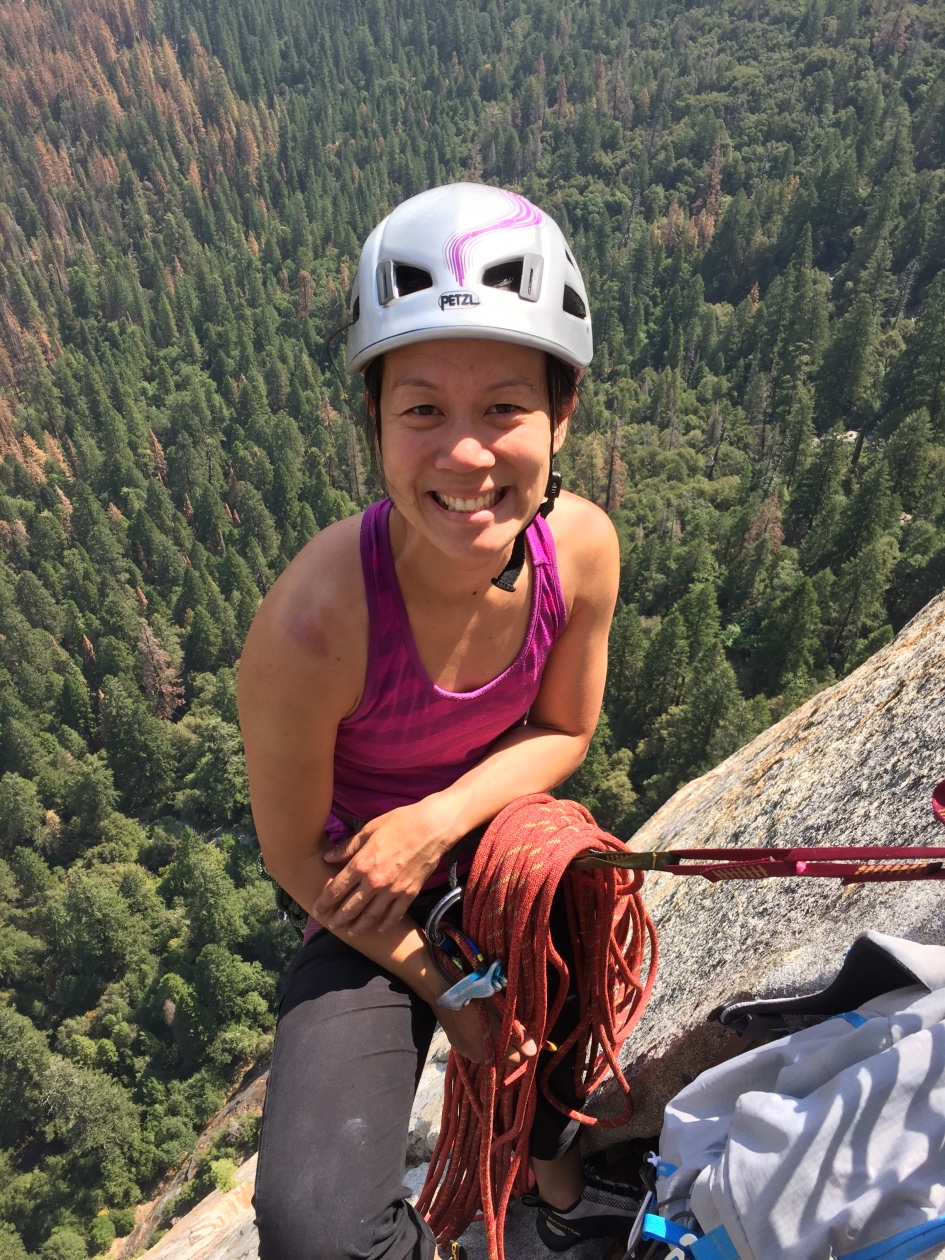 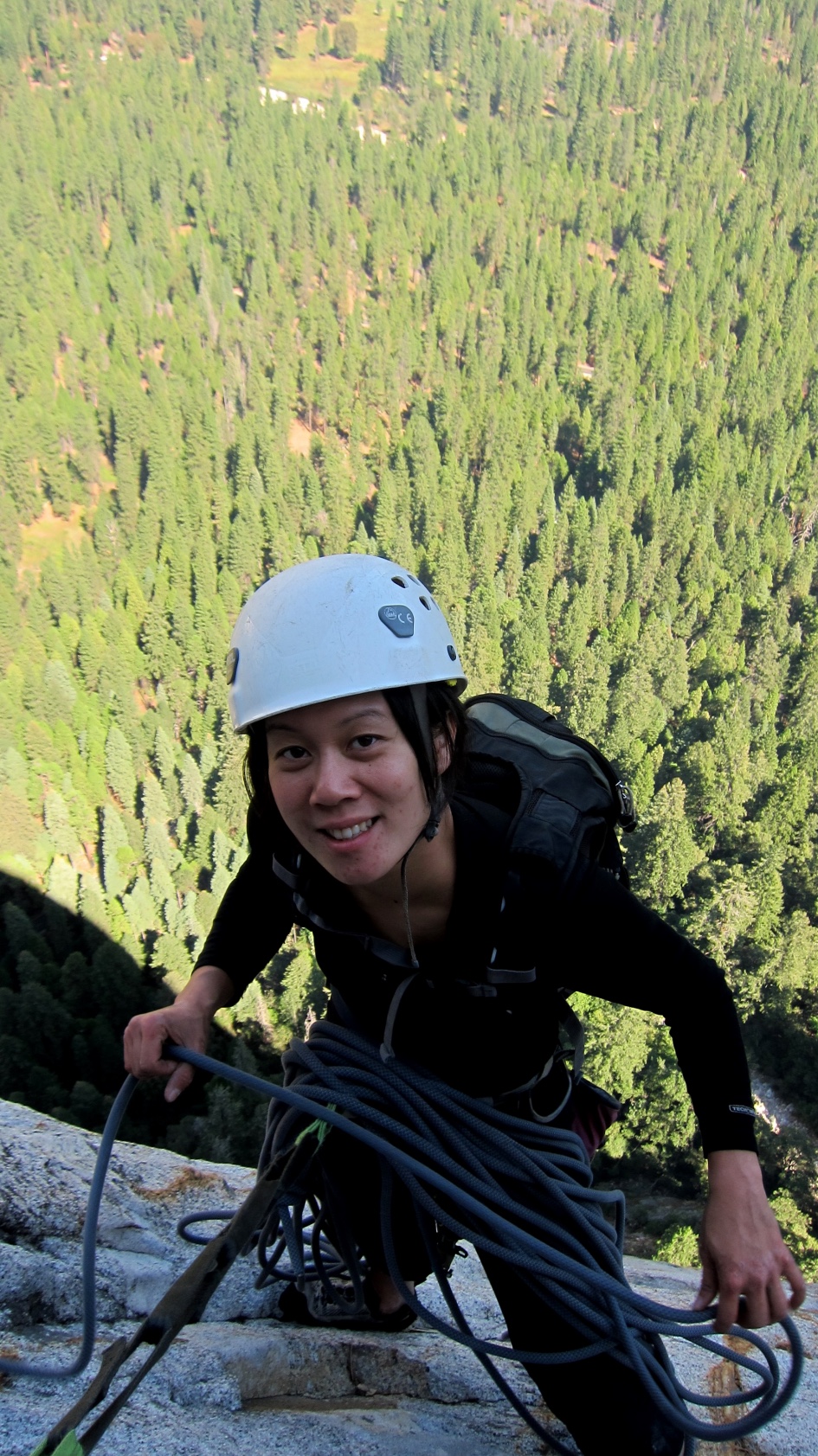 Apparently the guys had a minor fiasco on The Nose and had to come down early. No big deal, there’ plenty of quality rock climbing in Yosemite! After a rest day, Chris and I hopped on The Rostrum (5.11c, 8 pitches), which has been at the top of my list for a while. We made it half way up when Chris tore an abdominal muscle. Apparently he took a daisy fall while big-wall training the week before, which is essentially a factor 2 fall straight onto your abs. So when he fell following the 5.11c crux pitch, it must have hurt like hell. He was seeing stars and didn’t feel like he was going to make it up the off-width pitches above, so we bailed. We still managed to do two of the three 5.11 pitches though. I led both, but sent neither. The 5.11c pitch is balls hard and reminds me of a lot of Airation at Cathedral back home.

Chris following the crux pitch on The Rostrum. 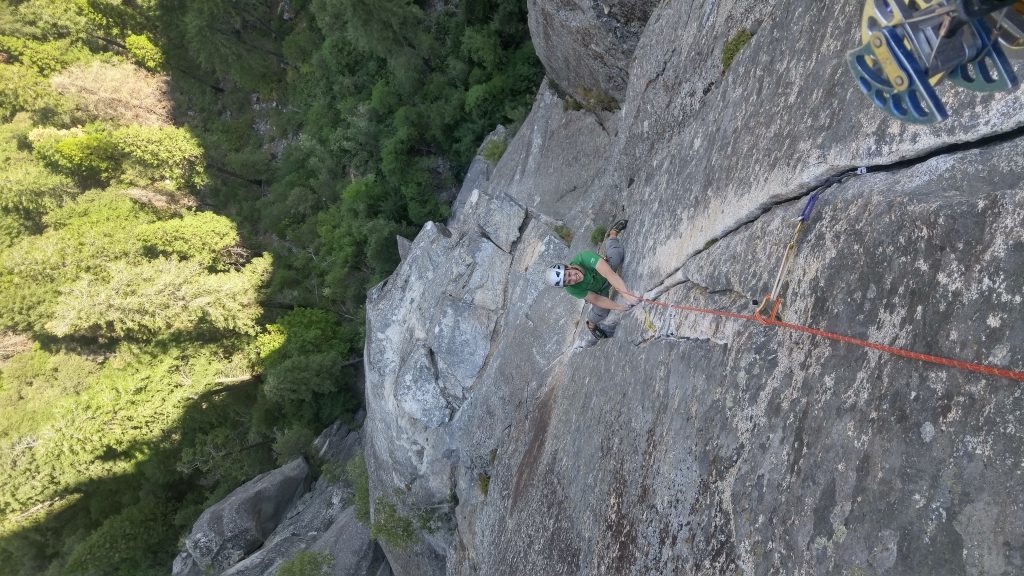 With the valley heating up and Chris’s torn abs, we figured a nice jaunt up Cathedral Peak (5.6, 6 pitches) was in order. Tuolumne is way up at 9000 ft and offers a comfortable respite from the heat of the valley this time of year. There are many ways up Cathedral Peak, it’s a bit of a choose-your-own-adventure climb, but the moves are rarely harder than 5.8. The view from the summit is incredible. Such a fantastic way to celebrate Chris’s birthday! 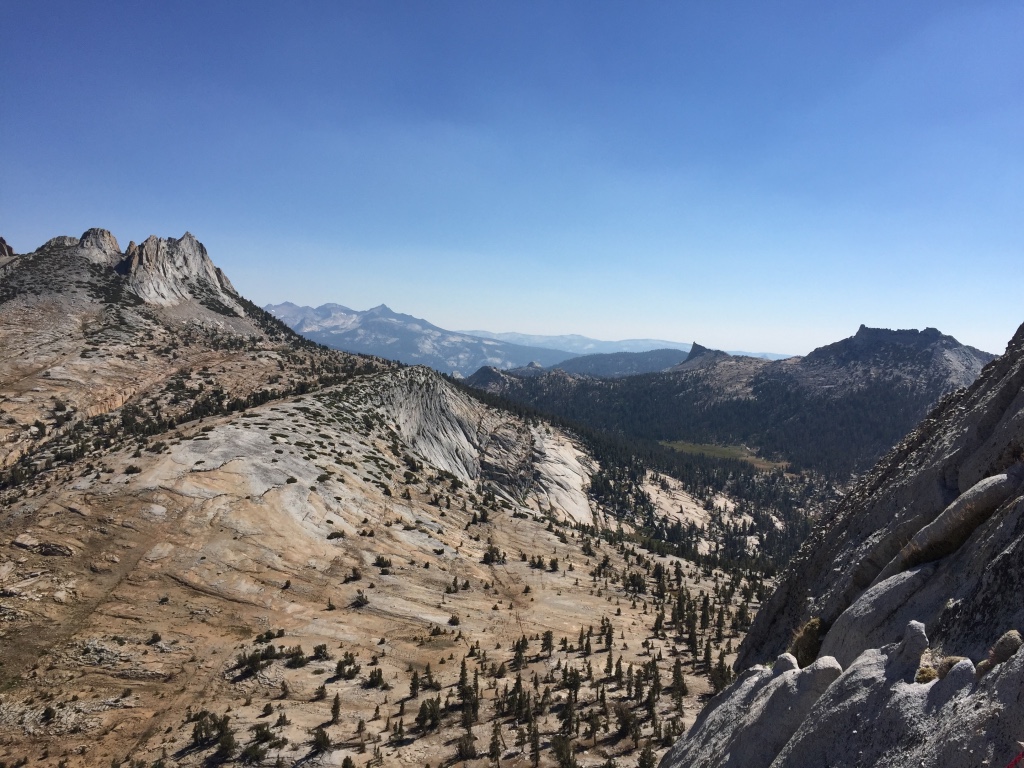 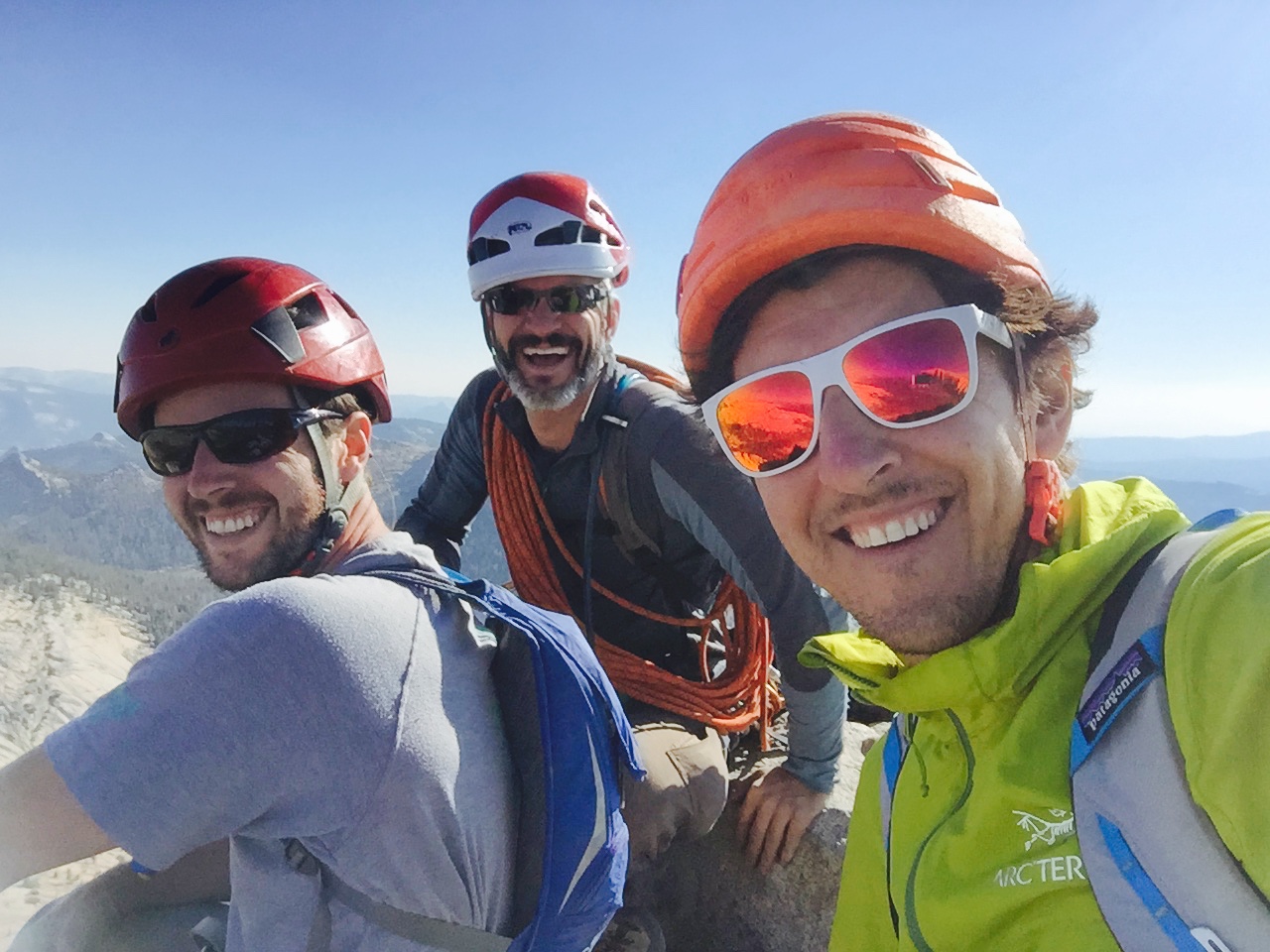 Cathedral Peak left me wanting to explore more of Tuolumne. I convinced Pete that we should go do the Third Pillar of Dana, which I’d been hearing about for years. At 5 pitches and 5.10b, I figured this would be a pretty causal outing. I was wrong. 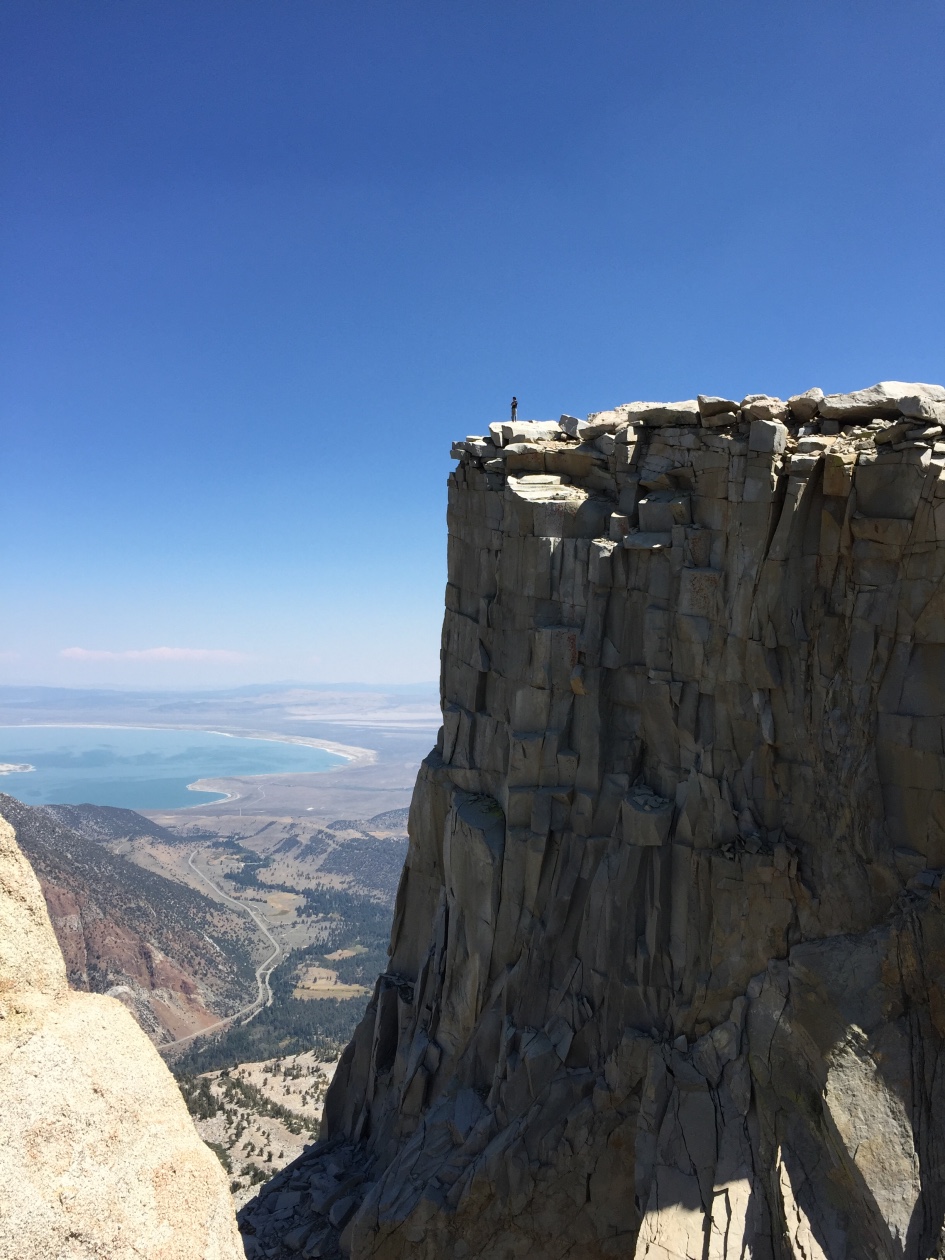 The guide book says that the approach is 3-4 hours. I’m used to taking these estimates with a grain of salt. Generally the approach time is grossly over-estimated, especially for the popular trade routes where the trail is usually pretty obvious. After 2 hours of hiking on moderate terrain, I figured this approach would be no exception. Then we got to the summit ridge. Mountain Project says you have to down-scramble on 3rd and 4th class choss and cross a snow field to get to the base of the climb. 3rd class = no problem. Just par for the course. Right. After an hour and a half of scrambling on loose choss, which cliffs out into the ravine, we realized we were about a quarter mile too far up the ridge. After finally locating the correct way off the ridgeline we found ourselves staring at a 500 feet of a 5.3 down-climbing over loose talus with HUGE exposure. We tried. And bailed. After about 5 hours of hiking our legs were made of jelly. Also it was almost guaranteed that we would be topping out in the dark and hiking all the way out by headlamp. Better to bail and try again another day then have an epic. I will say this, next time I’m bringing slings and rap rings for the “deproach”. That some scary shit!

Well, that’s it for this trip. Till next month Yosemite!