After climbing the Hulk I found myself in the Bay Area with some time on my hands. I figured this would be a perfect opportunity to settle down at a nice kite beach for a few days and sample the west coast surf. A friend of mine recommended Sherman Island as a fairly accessible area for beginners. However, after two days of near death experiences, I’ve come to the definitive conclusion that this is wholly untrue. 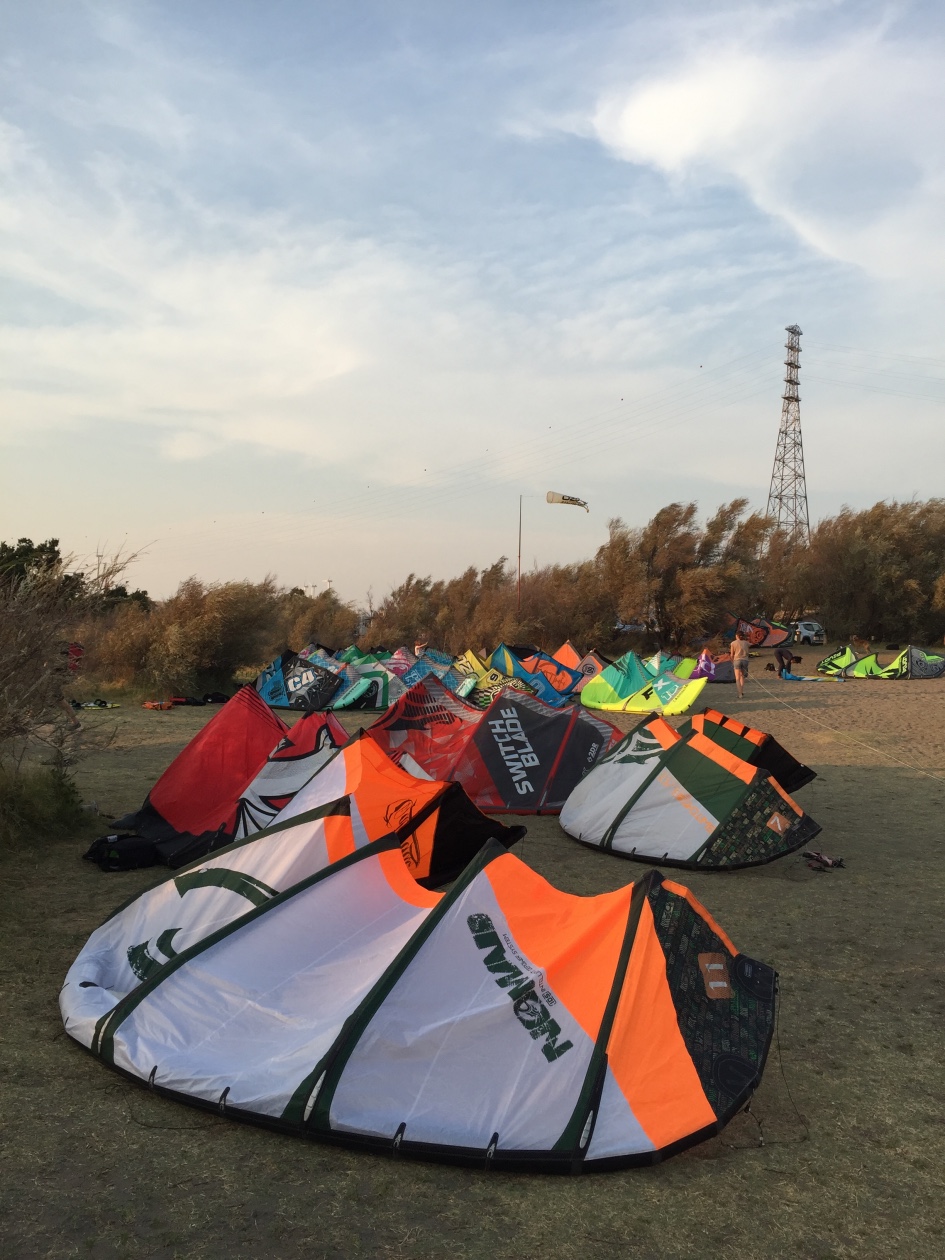 The launch is pretty unusual. There’s really no beach, so you launch your kite in a field. Yes, a field. Then you walk down a path through tall bushes to the water’s edge. Fortunately the path is lined with… wait for it… Persian rugs. So far the experience is perhaps a bit unusual, but hardly all that traumatizing. But keep worrying, because trauma is coming. 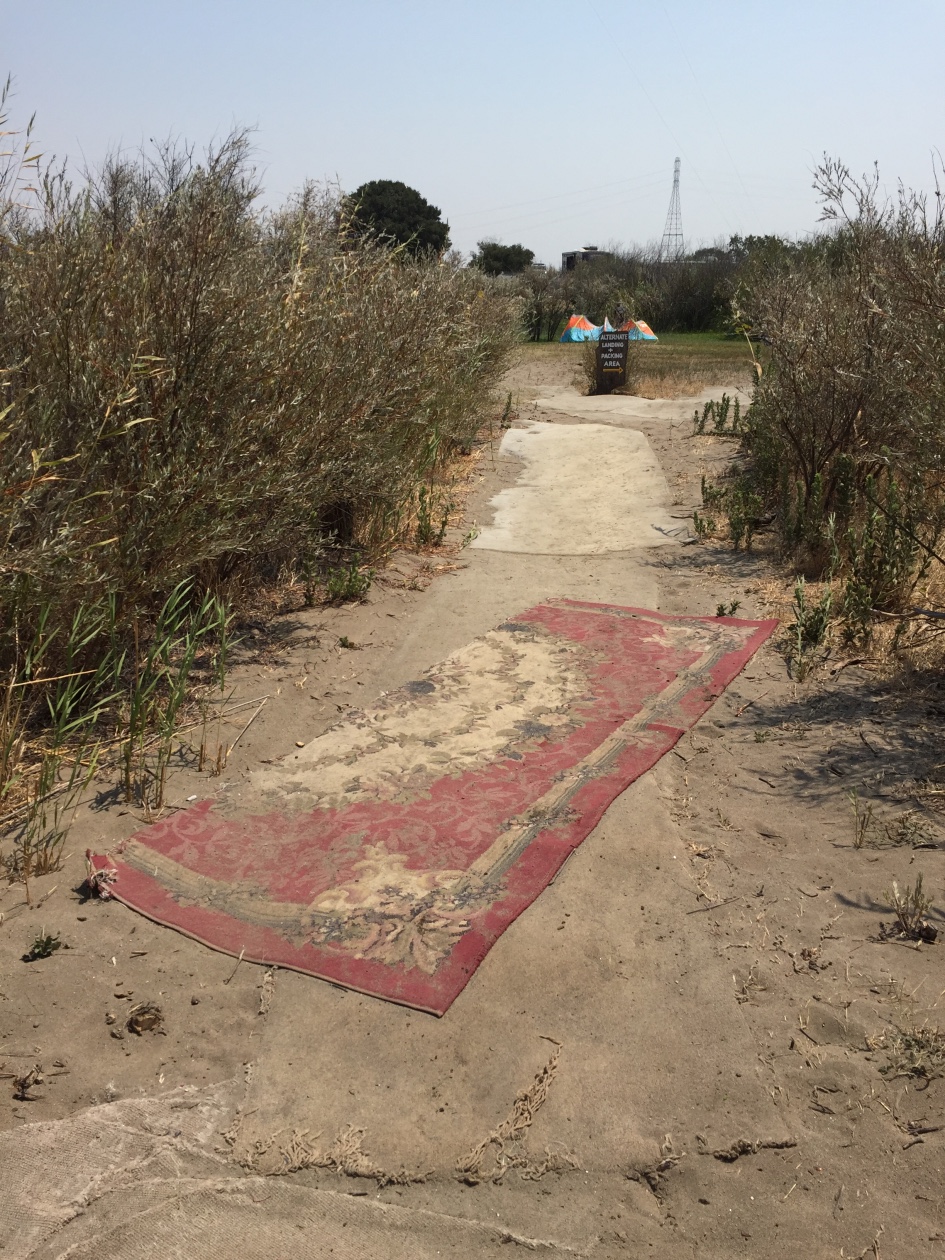 The launch is a small cove about 100 feet long. You must escape the cove quickly in order to avoid landing yourself in the bushes, which nearly happened once. To make matters worse, the wind is always from the same direction at Sherman Island and it blows straight onshore. As you might be able to imagine, trying to sail out to sea when the wind is blowing straight at you is rather difficult. 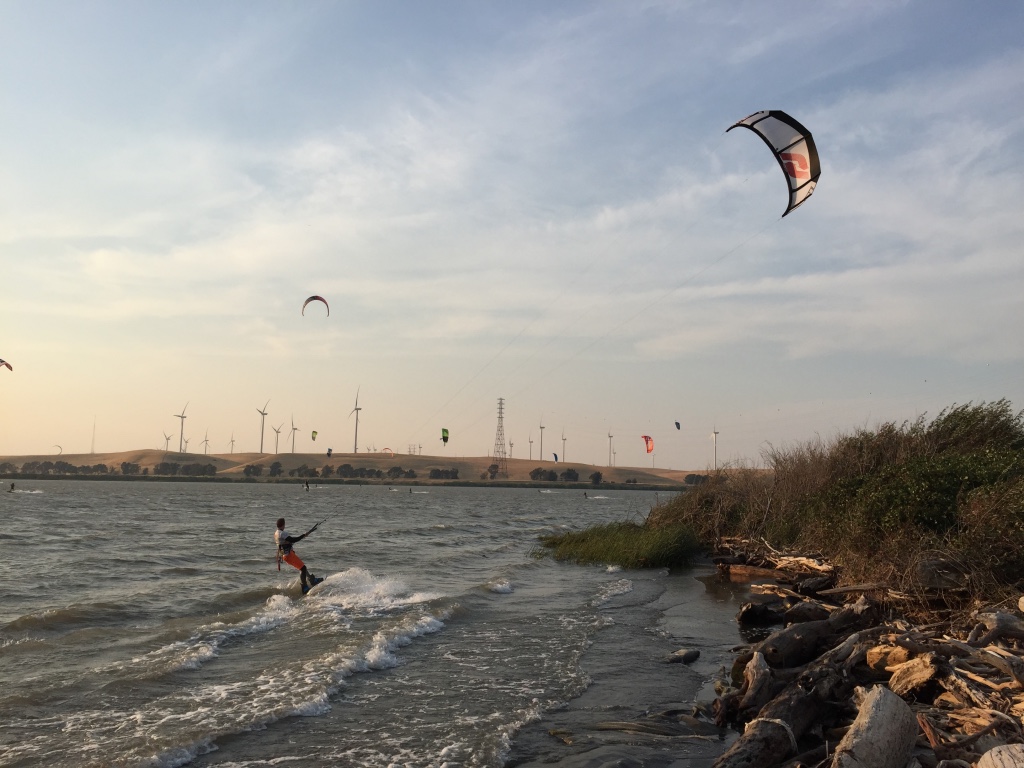 As a beginner I often feel that my kite is trying to kill me, but for the most part the situations I find myself in are due to my lack of experience. However, at Sherman Island, I can honestly say with confidence, my kite was trying to kill me. On the first day I dumped my kite in the bushes while trying to escape the cove. I should mention at this point that I spent most of the day trying to escape the cove before I realized that my 12m kite and light wind board were never going to allow me to succeed. I had much better luck with my 9m Slingshot RPM and was just about to congratulate myself by riding upwind and back to shore, when I got stuck in the wind surfer’s launch. Their launch is about 100m down wind of where I started. At this point my kite decided it had had enough fun for the day and promptly inverted and dropped out of the sky. It hit the water and quickly sank. No idea why. I swam after and coaxed it back to shore, after much cursing and swearing.

Later on that day I found myself blown down wind and out into the boat channel. This time I was able to tack back to shore and keep my kite out of the drink! Though I still had a half mile walk of shame up the road with the board under one arm and the kite at 12 o’clock.

From this experience I draw two conclusions. One: Sherman Island is most definitely not for beginners. And two: I don’t have the right gear to kite there safely. At 145 lbs I really need a 7m kite and a 132cm board. Anything else will simply try to kill you. Time to troll Craigslist…

That being said, Sherman Island really is a magical place. I’m really looking forward to returning for a sunset session once I add a few more skills to my bag of tricks. 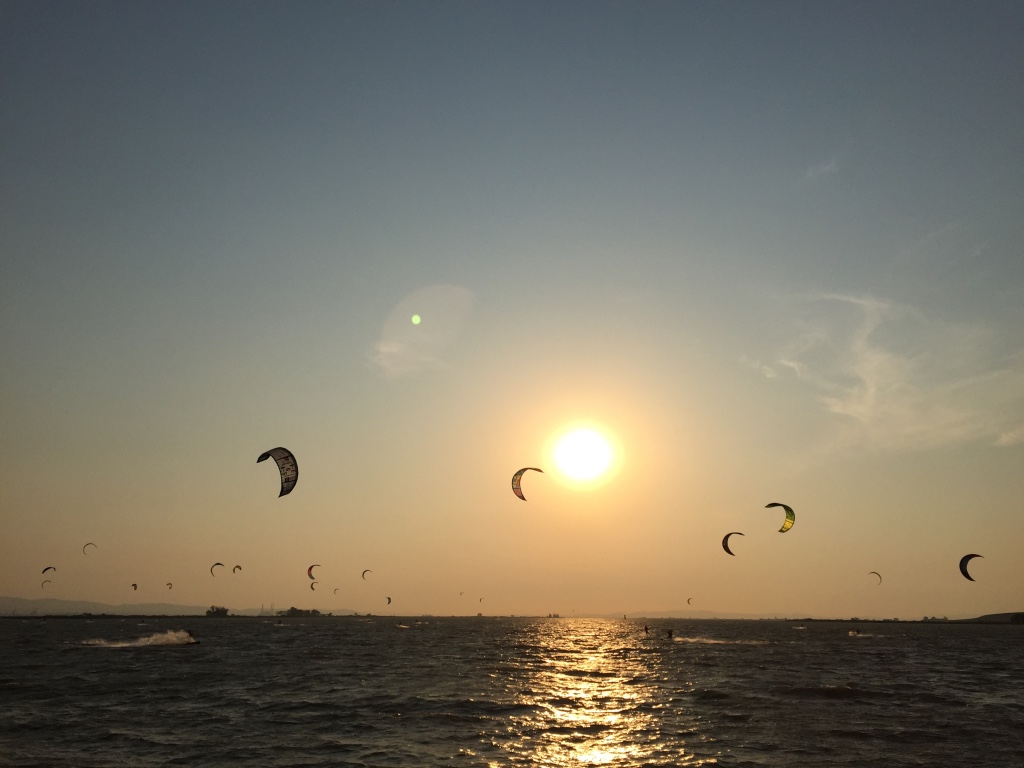 Oh, and they have the poshest loo I have ever seen… 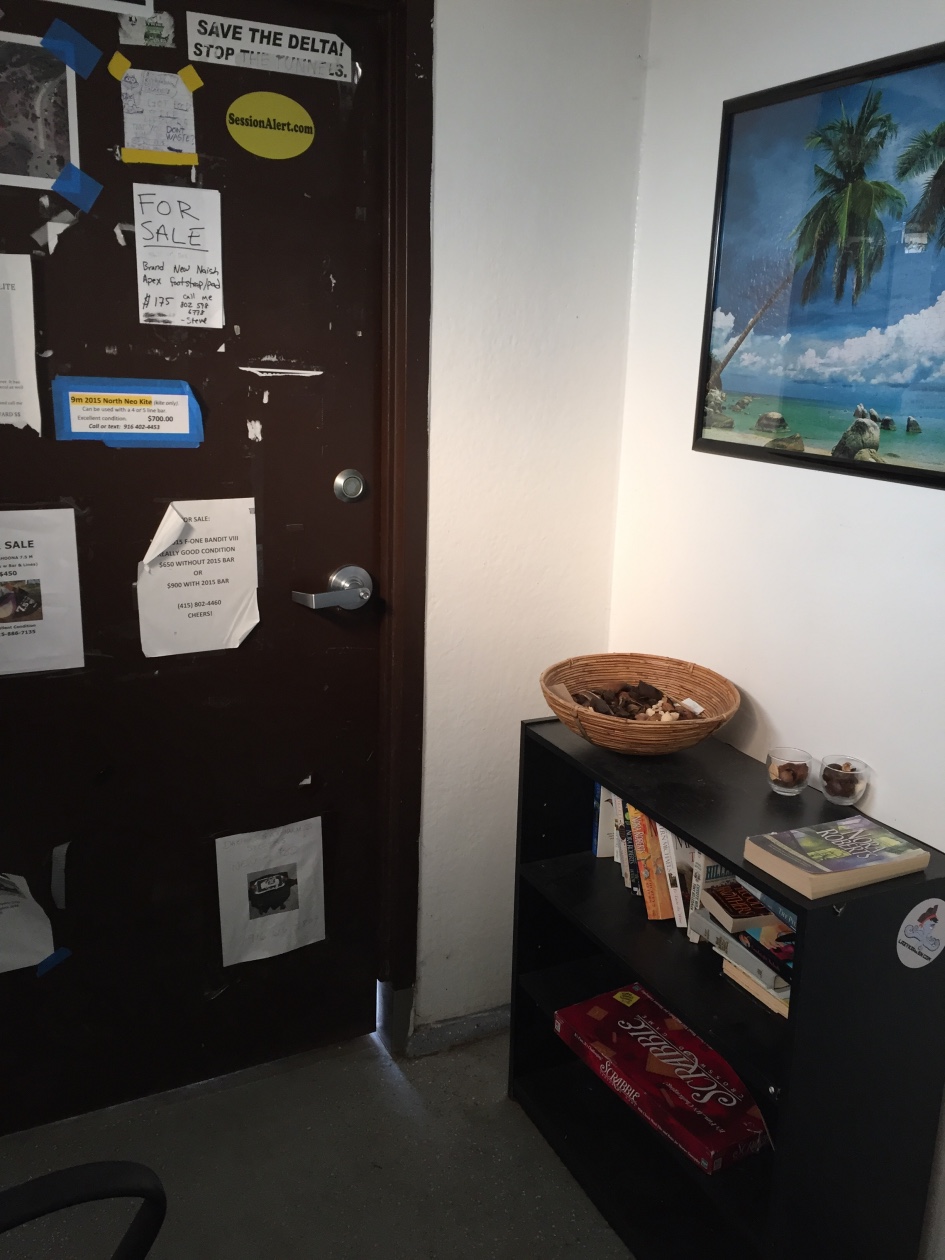