The adventures have begun and my first destination is the Incredible Hulk in the High Sierra. If you haven’t heard of the Hulk before you can read about it on Mountain Project. Basically it’s a massive piece of granite way up in the California alpine at 11,000 feet. 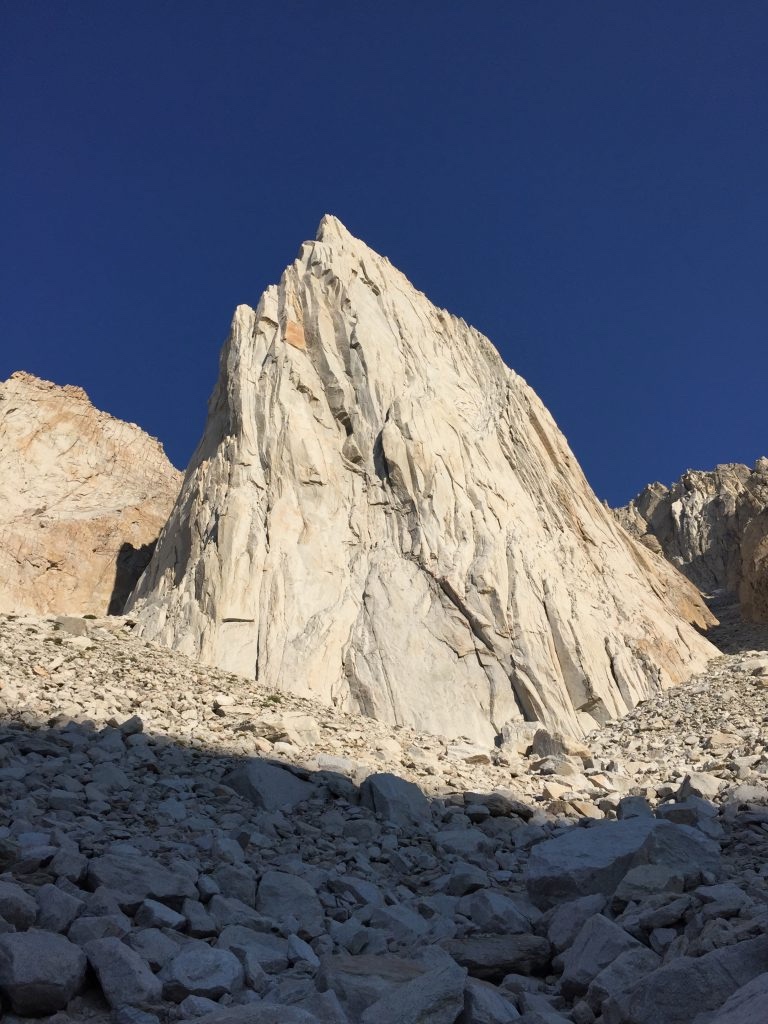 It’s amazing to find myself in such a location. My good friend Katie M suggested that we climb Positive Vibrations (5.11a, 8 pitches), a route that ascends right up the middle of the Hulk. I agreed without hesitation. That was two months ago. Since then my whole world has been all about building the van or driving across the country. It’s been a head-down-keep-marching endeavor, full of 12+ hour days of hard work. Now it’s time to start enjoying the fruits of that labor. 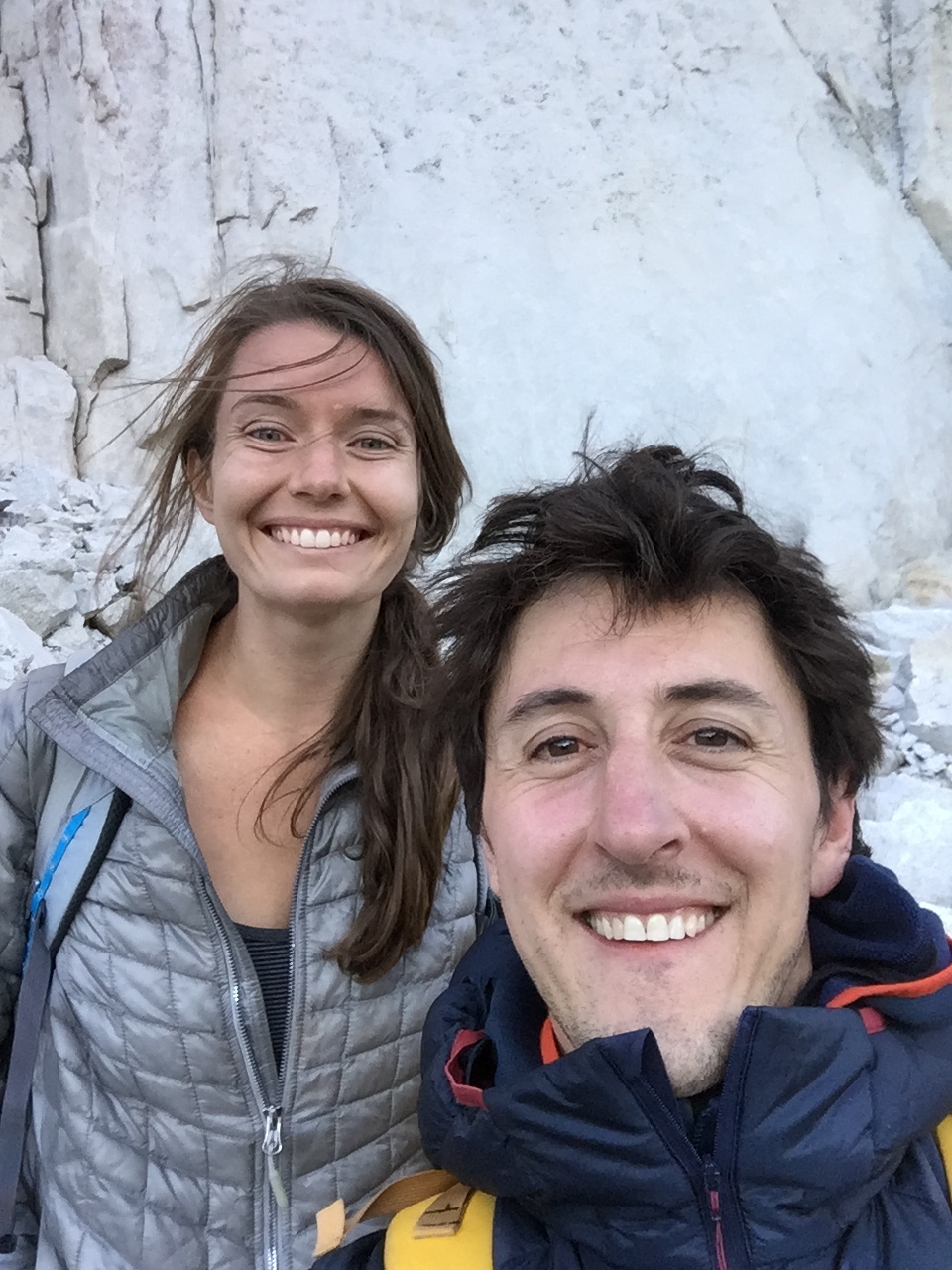 I picked up Katie in San Francisco and we drove out to Mono Village to start the 3+ hour hike up to the base of the green monster. We were so psyched that we barely noticed the weight of our bulging packs full of climbing gear, camping gear, cooking gear, clothes, toiletries, food, and water. Fortunately the water we had to bring was fairly minimal. Due to the abundance of ice melt, there is plenty of water around to harvest in one way or another.

Pretty sweet bivy cave, but alas, it was taken. 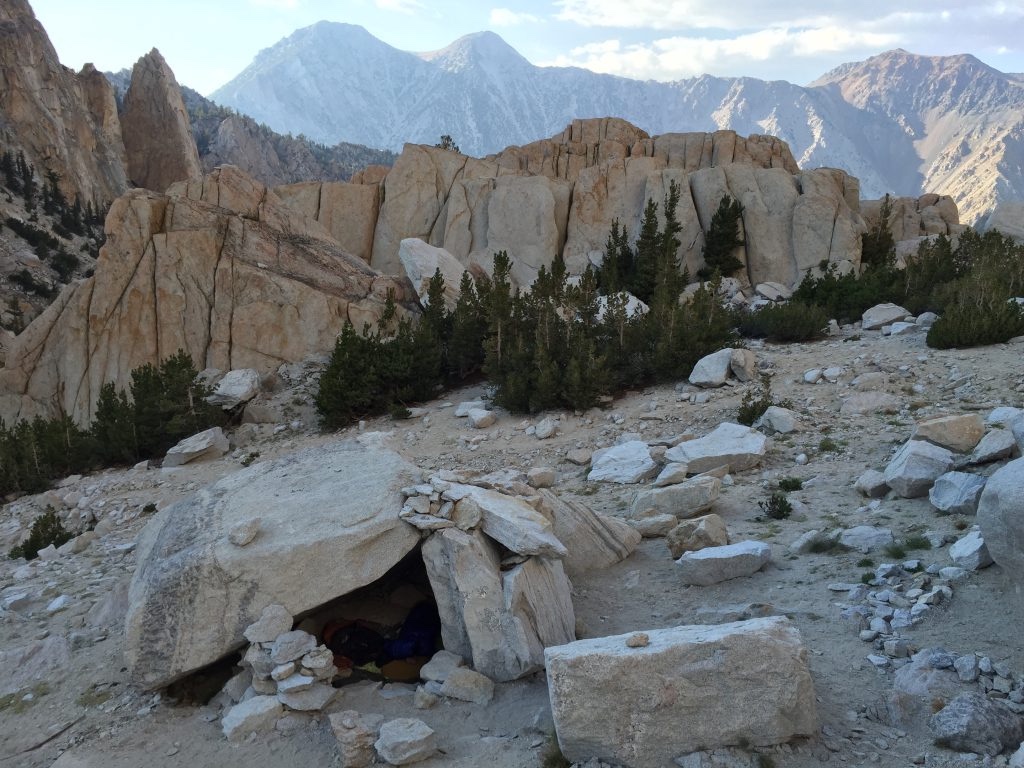 After a good night’s sleep under the stars, we woke up early to a crisp morning in the alpine. Base camp was right at the foot of the Hulk talus, so the approach to Positive Vibes was fairly short, which is fortunate because we had a lot of hard climbing ahead of us; 6 pitches of 5.10 and 2 pitches of 5.11. It’s super impressive that Alex Honnold on-sight free soloed this route only a few days before. Alex had already left, but to our great delight we ran into the legendary Peter Croft at the base of the route. I might not have even known about the Hulk if it weren’t for the video he put out a few years back of his ascent of Venturi Effect (5.12) with Lisa Rands. Peter was kind enough to indulge us with a photo. 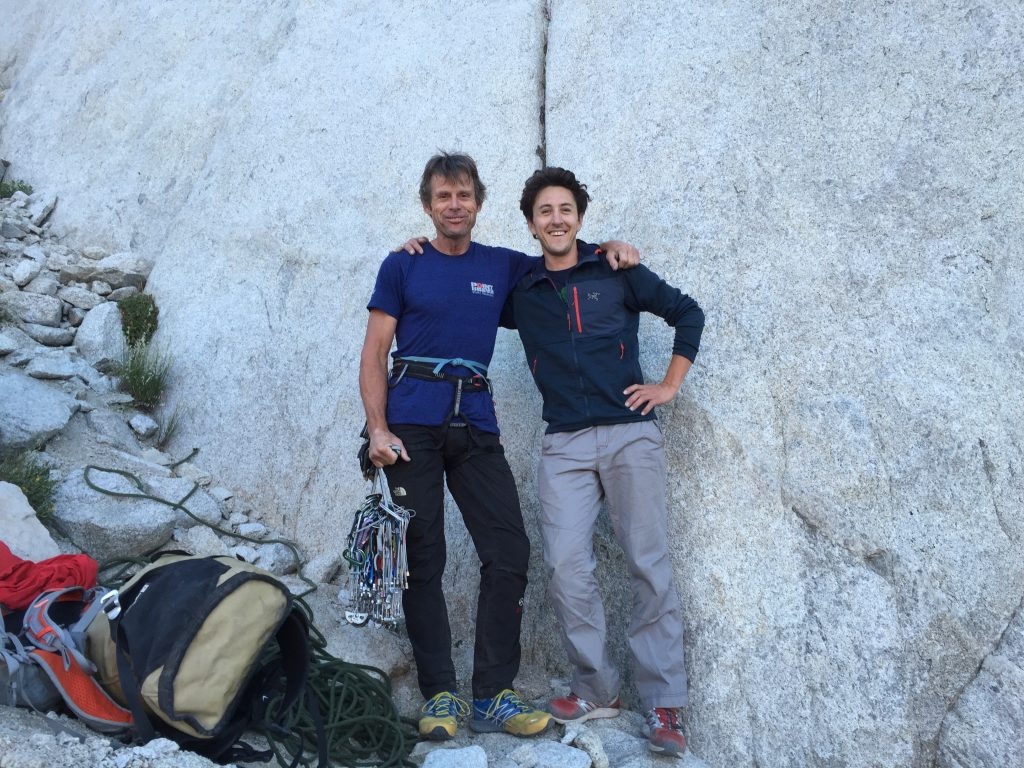 I linked the first two pitches and then Katie got the first 5.11a crux pitch, a short traverse across a blank face, which she crushed with ease. We both felt that this pitch was easier than 5.11 and were just about to dismiss the route as “soft” when the difficulty suddenly ramped up. The 4th pitch is a brilliant and varied, starting off as a stemming dihedral and ending with a hand crack. This is just about as good as rock climbing gets and very representative of the quality of the route in general.

Almost every pitch on PV is interesting and memorable. Most notably the crux of the route, pitch 6. It’s commonly broken into two pitches due to the length and difficulty. I was hoping to climb through, but I had so much rope drag by the time I got to the optional belay, that I had to stop. This seems to be a common experience, but it’s totally possible to climb through if you’re okay running it out on 5.10d territory above RP’s. I came so close to on-sighting the crux. I was holding onto the finishing jug, staring straight at the bolted anchor, when the 50 mph wind (which was howling at this point) blasted around the arrete and blew me straight off the wall. I exploded onto a fixed nut about 5 feet down and to my right. It was a clean fall and Katie gave me a soft catch. I was super bummed to be so close, but hey, it’s just incentive to come back!

The rest of the climbing went pretty smoothly except for a few minor route finding issues. We rapped the route with our single 70m rope and headed back to base camp with plenty of light left for cooking, story telling, and victory whiskey 🙂

The next day we went back up the Hulk, this time via Red Dihedral (5.10). Although this is a very enjoyable route and tops out the formation, the climbing doesn’t compare to Positive Vibes. That being said, the 200 ft 5.10 crux pitch (the dihedral pitch) is some of the best climbing I’ve seen anywhere. Katie took this lead and did an amazing job. The dihedral is super sustained and ends with some hard face moves over bulge. A very impressive lead. 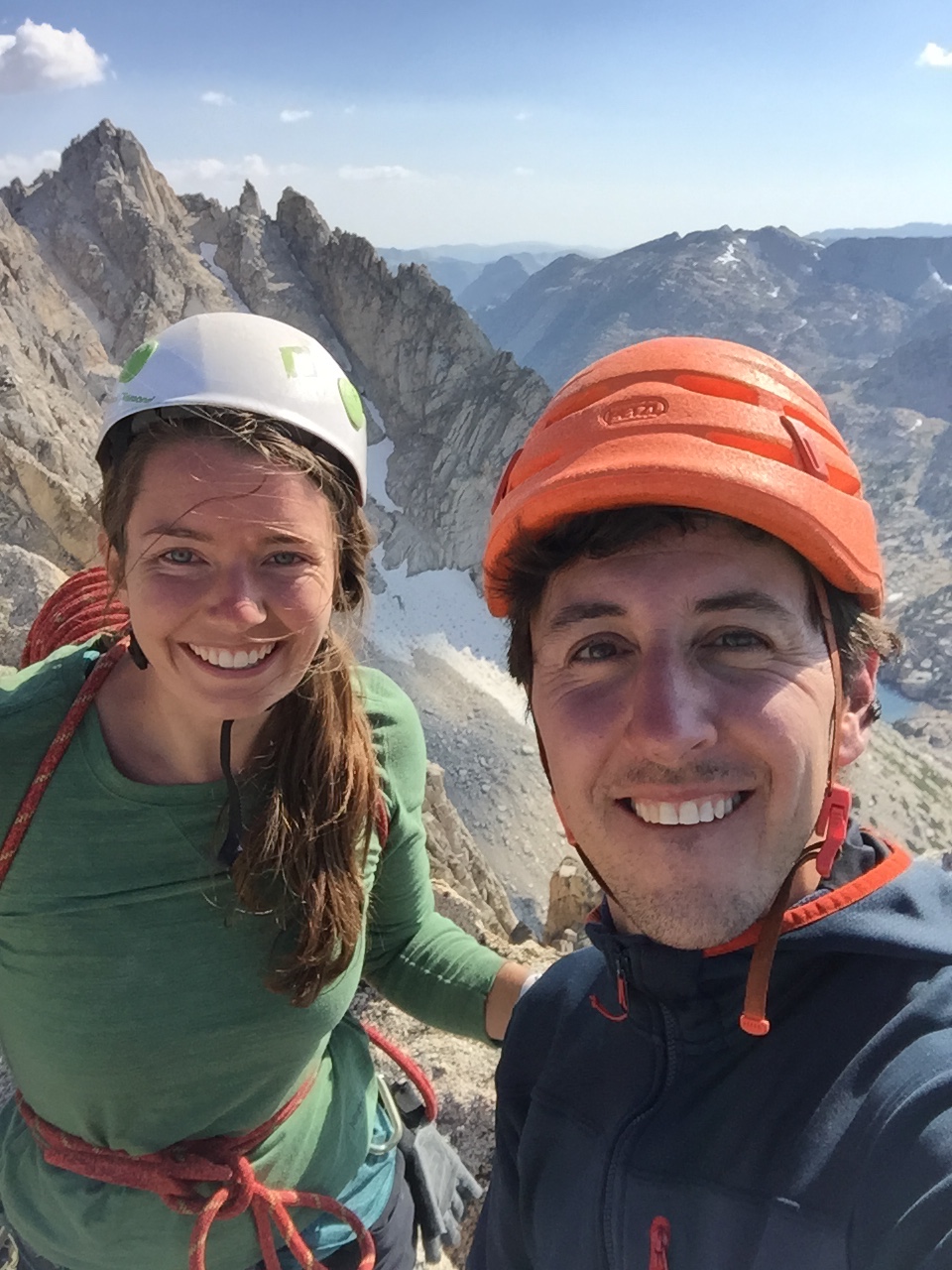 I took the 5.10 hand crack pitch (pitch 7), which was excellent, but not quite as memorable as the dihedral. The rest of the route passes through a number of discontinuous 5.8 and 5.9 moves and is not nearly the same caliber as the dihedral pitch. Still though, it was a very enjoyable day and we signed our names in the summit register with pride. 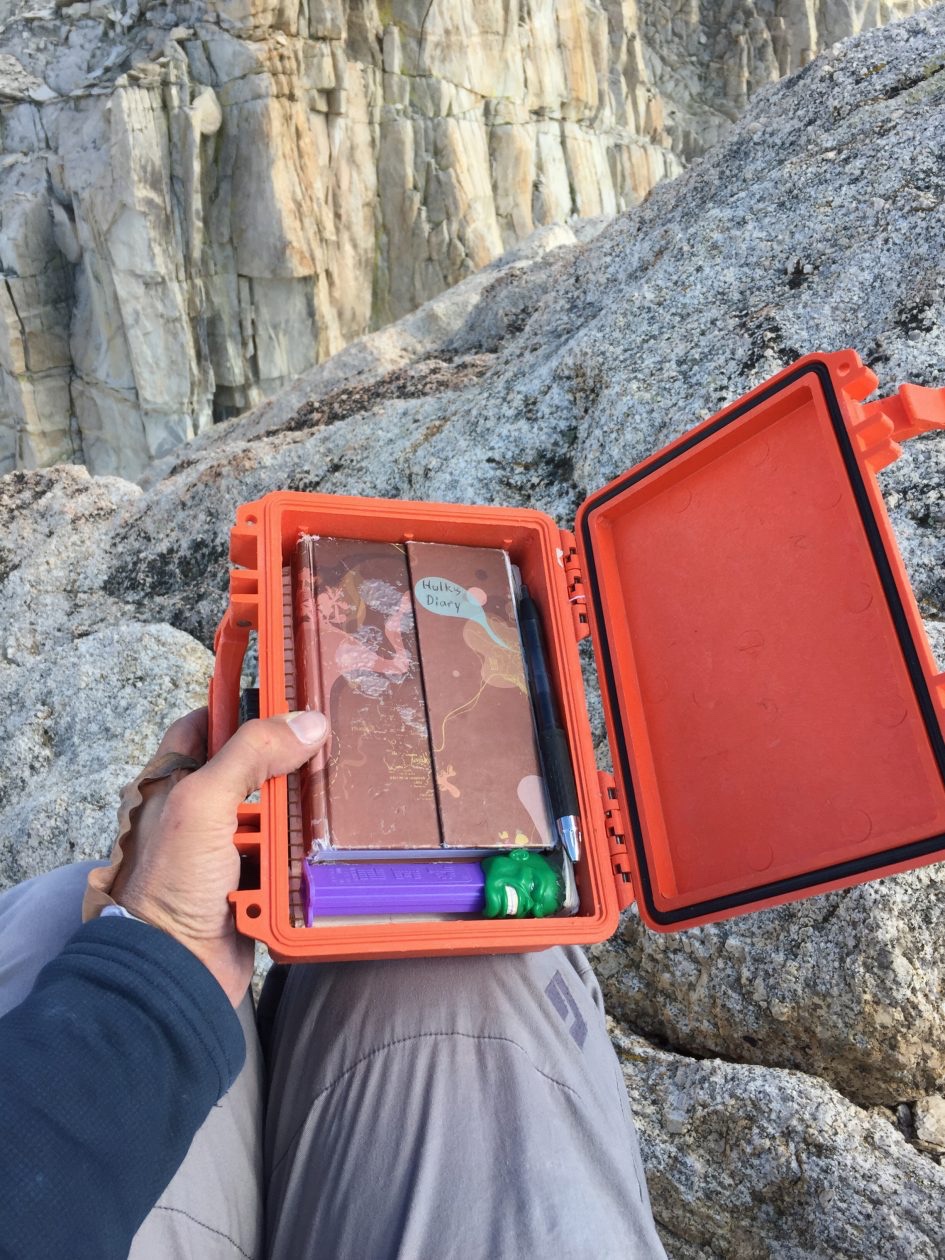 The fantastic view from the summit. 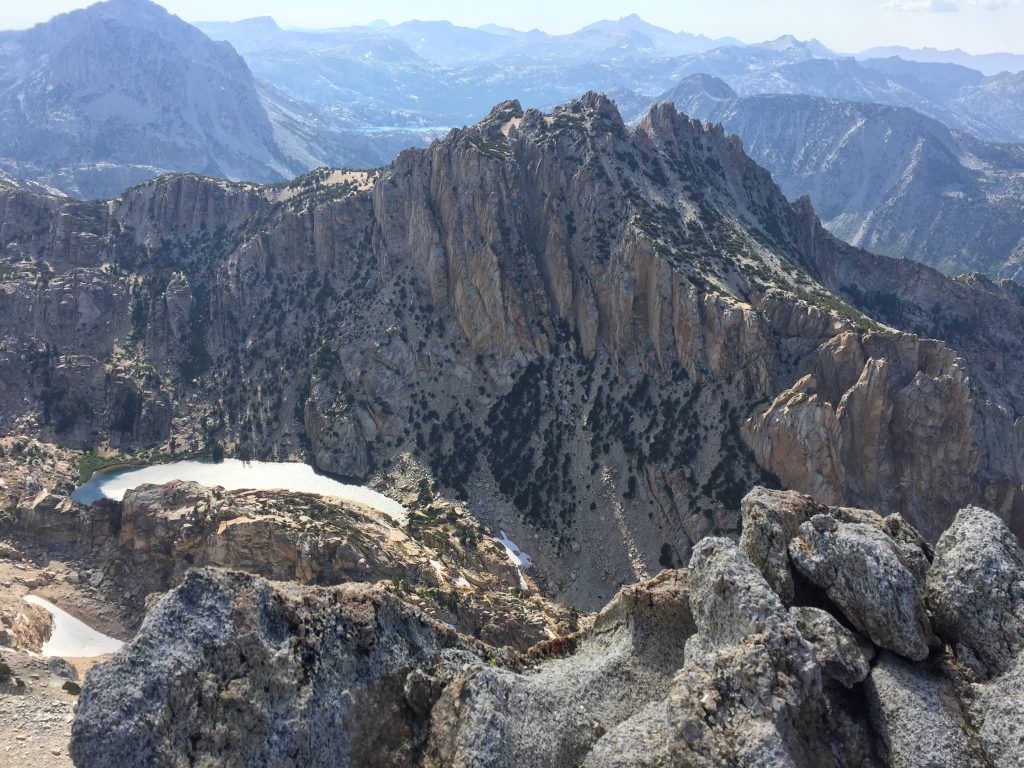 The next day we packed up and headed into Bridgeport for a well deserved ice cream and dip in the hot springs. Such a fantastic way to start the adventures! 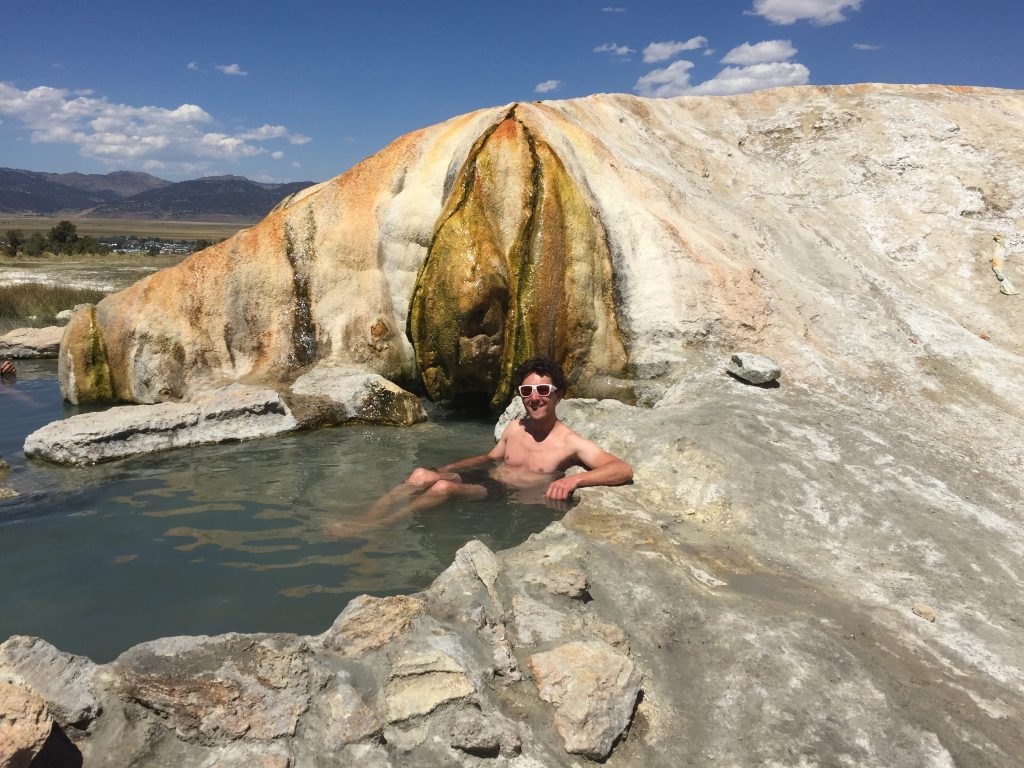