After 48 hours of driving over the course of 7 days I finally made it to San Francisco. So. Much. Driving. I don’t know if people know this, but Murica is really big! And most of the scenery from the highway is not that interesting. Trees and grass. The occasional hill. It wasn’t until I got to Texas that the view changed. I ended up taking the Southwest route, which added about 2 hours to the overall journey, but it seemed worth it to see New Mexico and Arizona, two states I’d never been to before. The last night on the road I spent in the middle of the Mojave desert. No lights. Just a big open sky with lots of stars. That was pretty awesome. The first half of the journey my max speed was 65 mph. The van was originally owned by PepBoys and they ordered it with a speed limiter. Pretty awful. I got that removed while passing through Tulsa, OK at a truck service station. Thank god. Cruising at 65 is fine, but passing people was nearly impossible. It reminds me of that scene in Austin Powers where the guy gets run over by a steam roller. A good analogy for so many things in life. 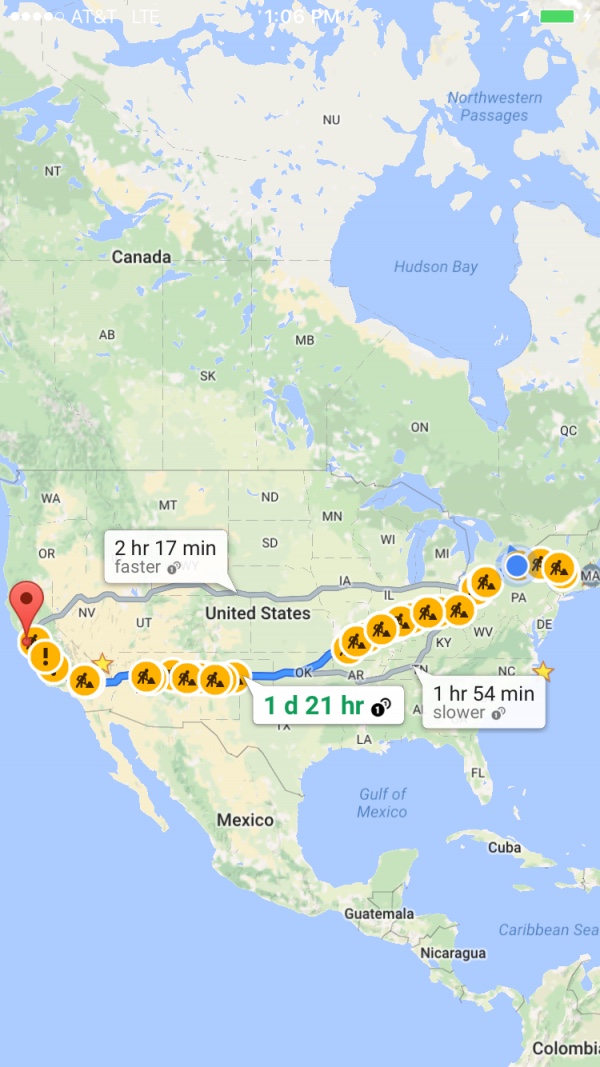 Just a few incredible sunsets from the road. Most of these were somewhere in the Southwest. 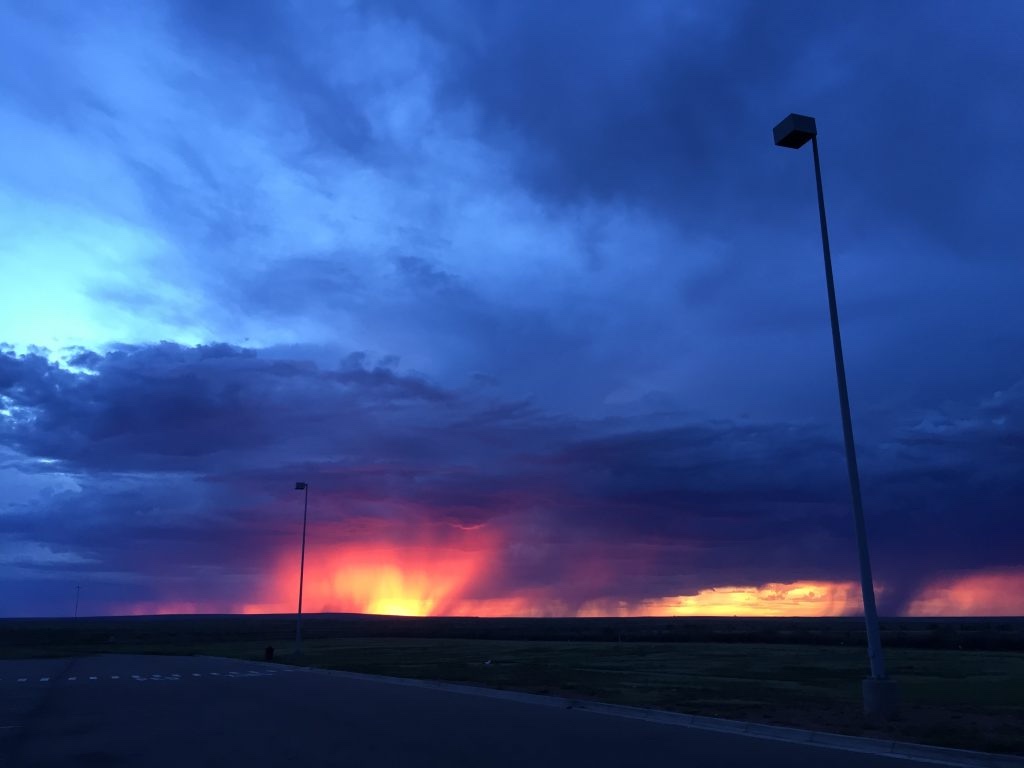 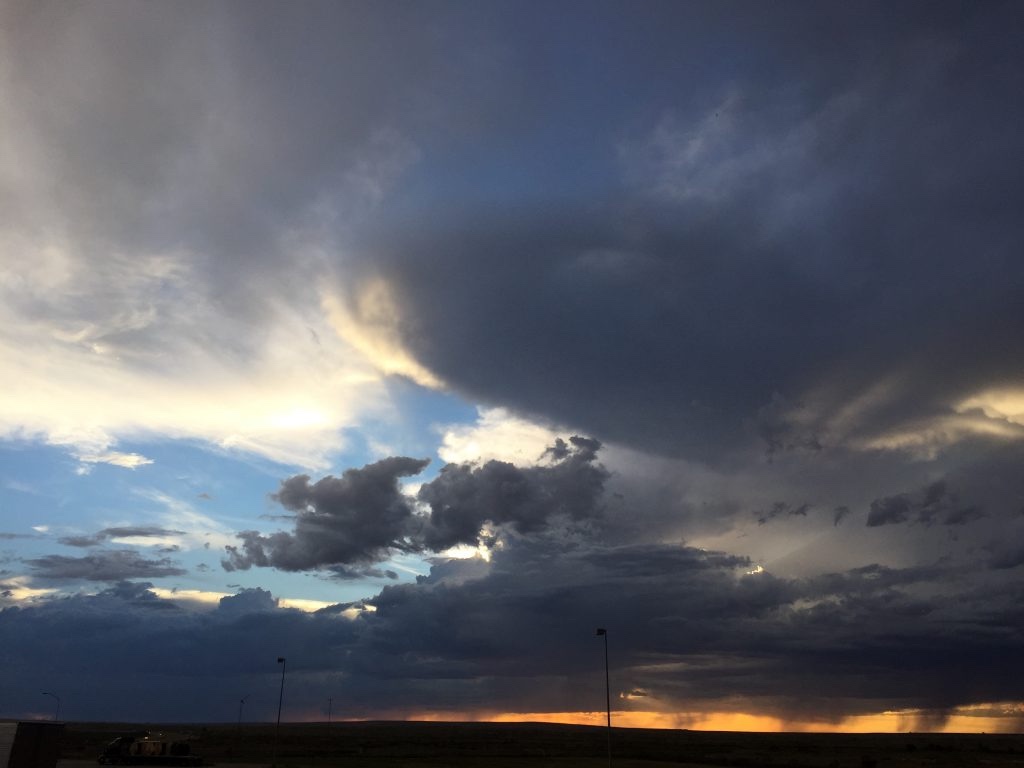 From my roof deck. 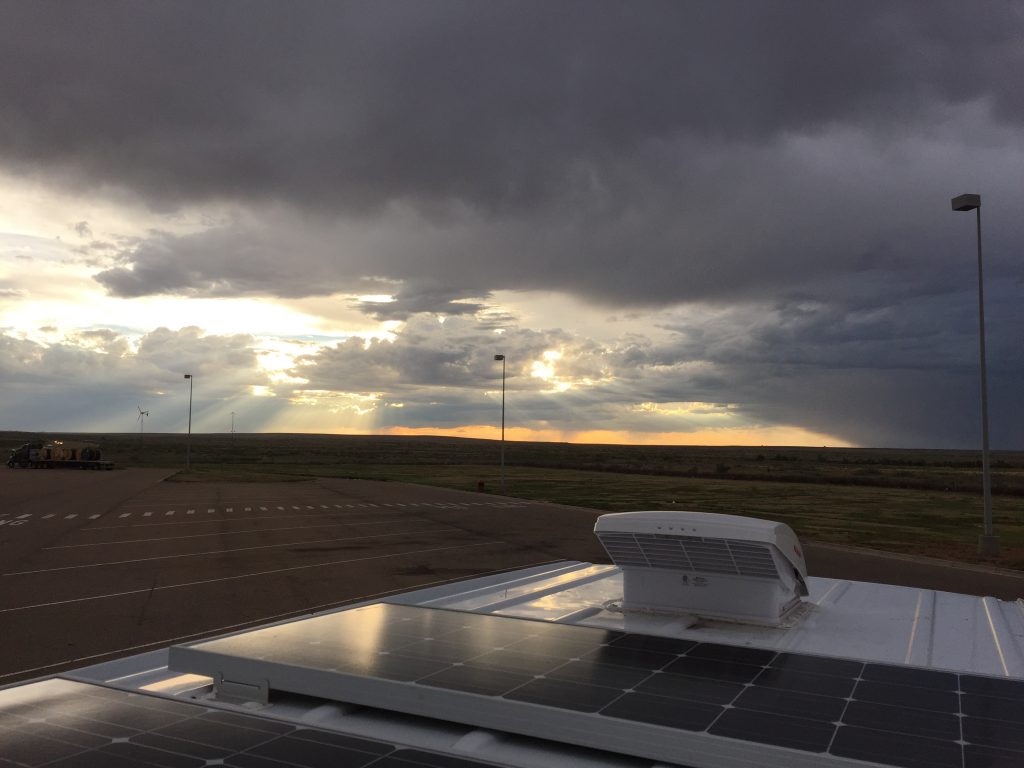 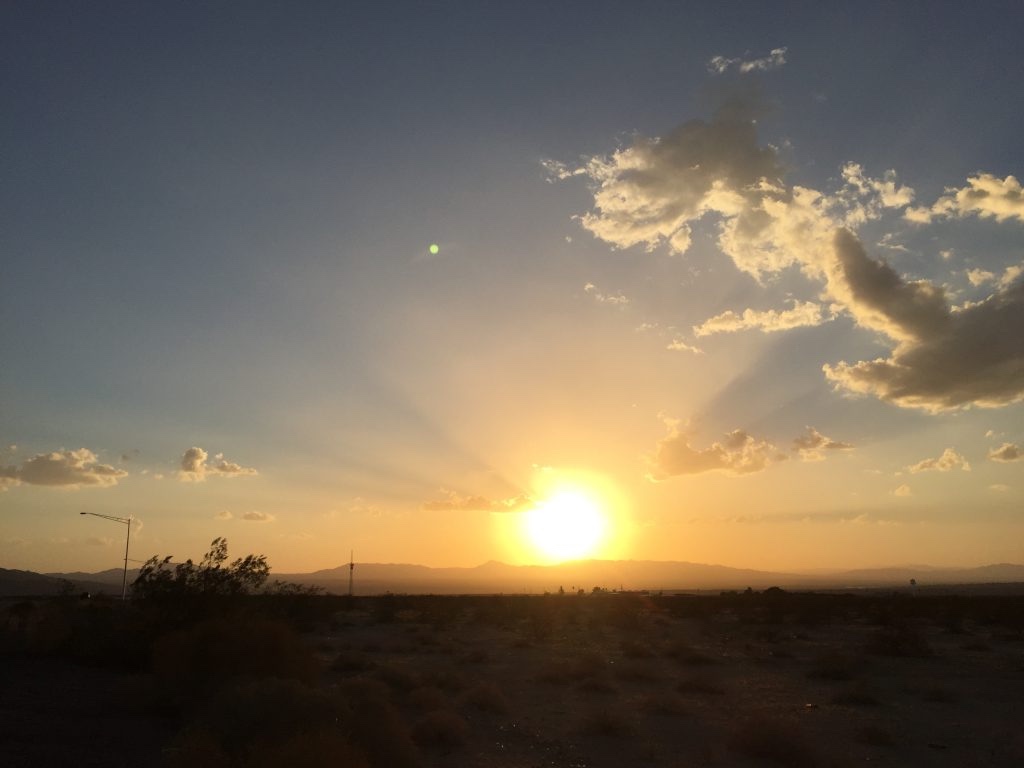 Had to crab-crawl under a barbed wire fence to get this one. 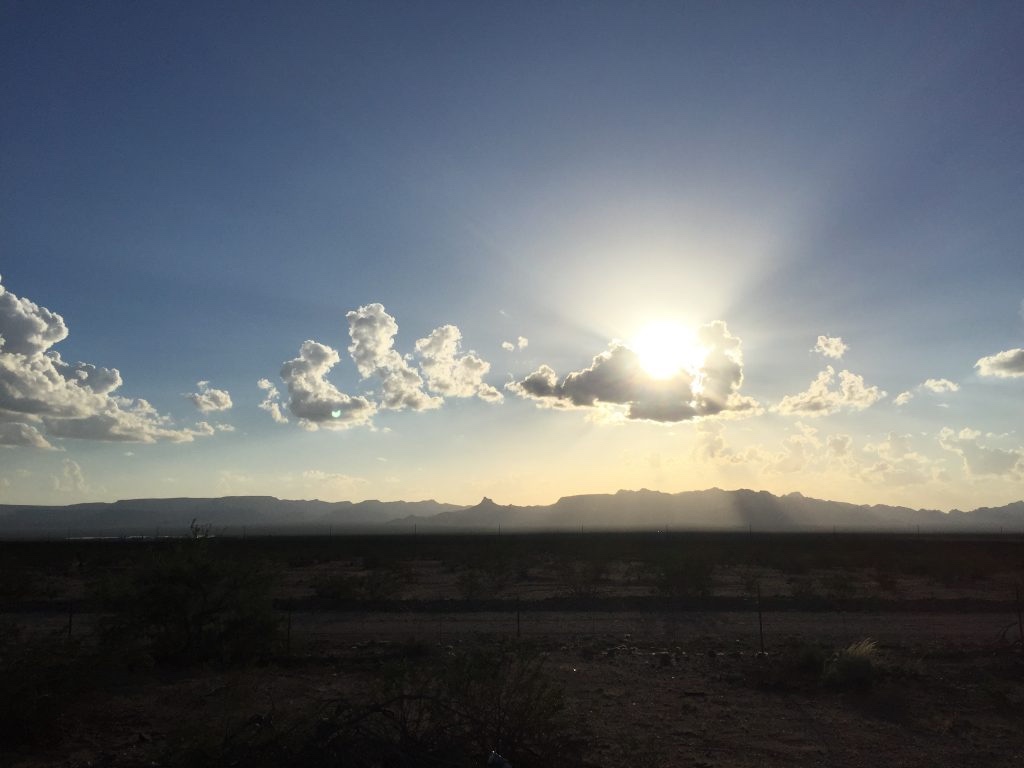 I spent most nights in truck stops on the road. The iVan looks so small compared to these giants. 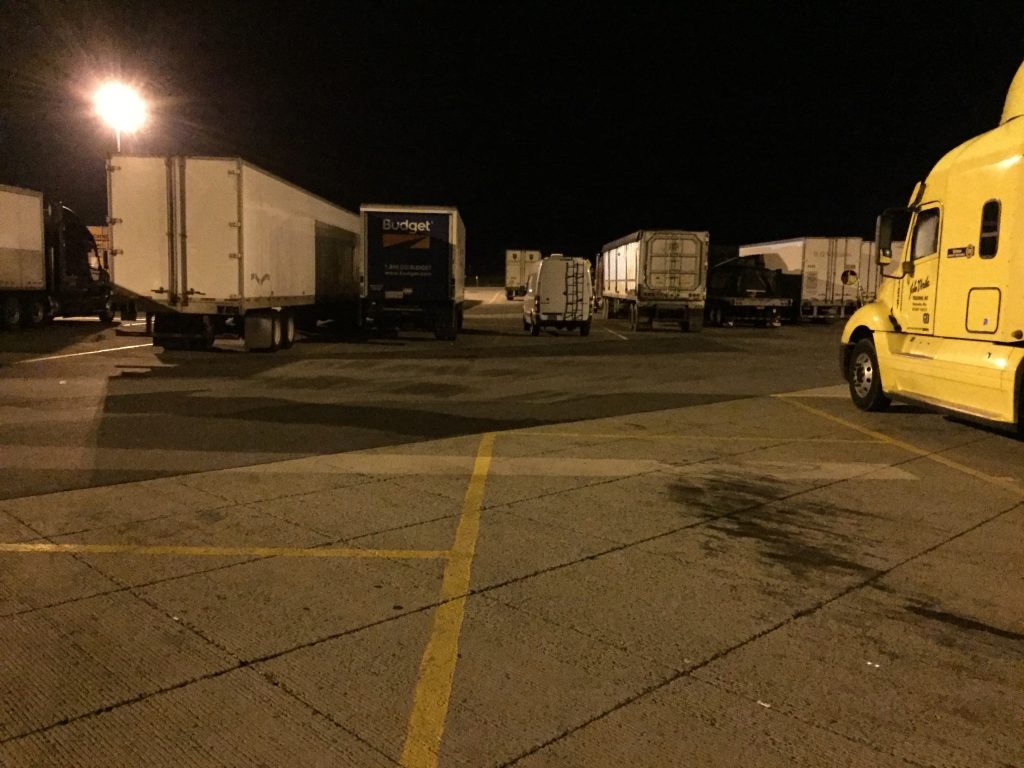 Stopped in Santa Rose, NM to go for a swim. Also qualifies as my first shower in days. 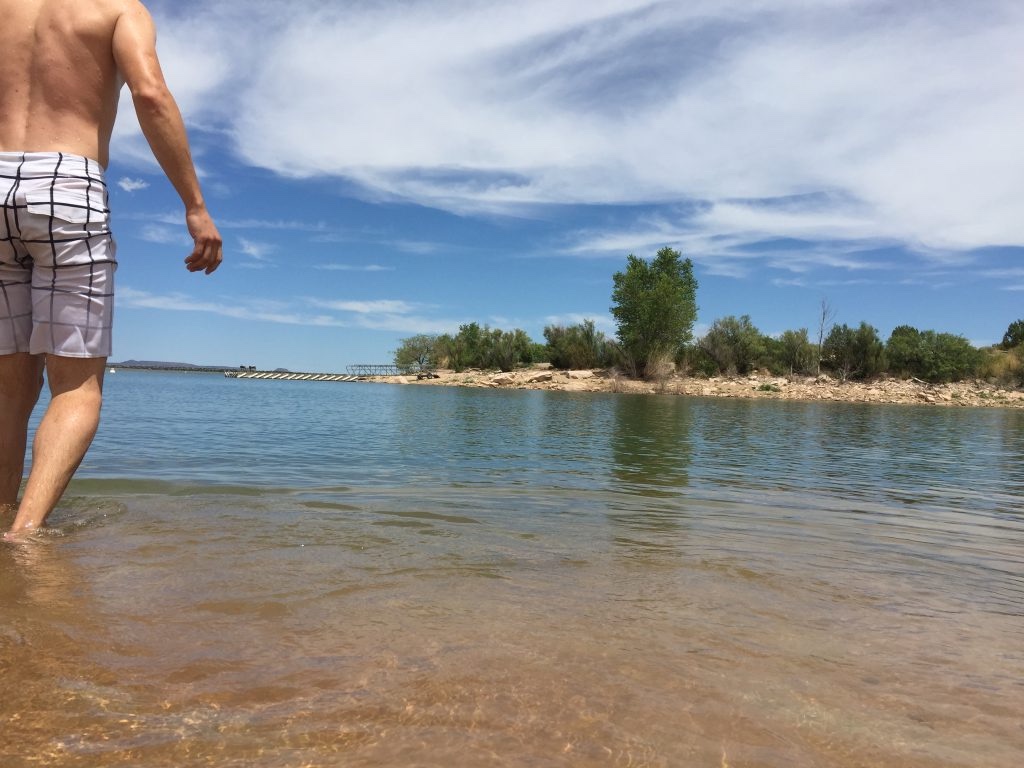 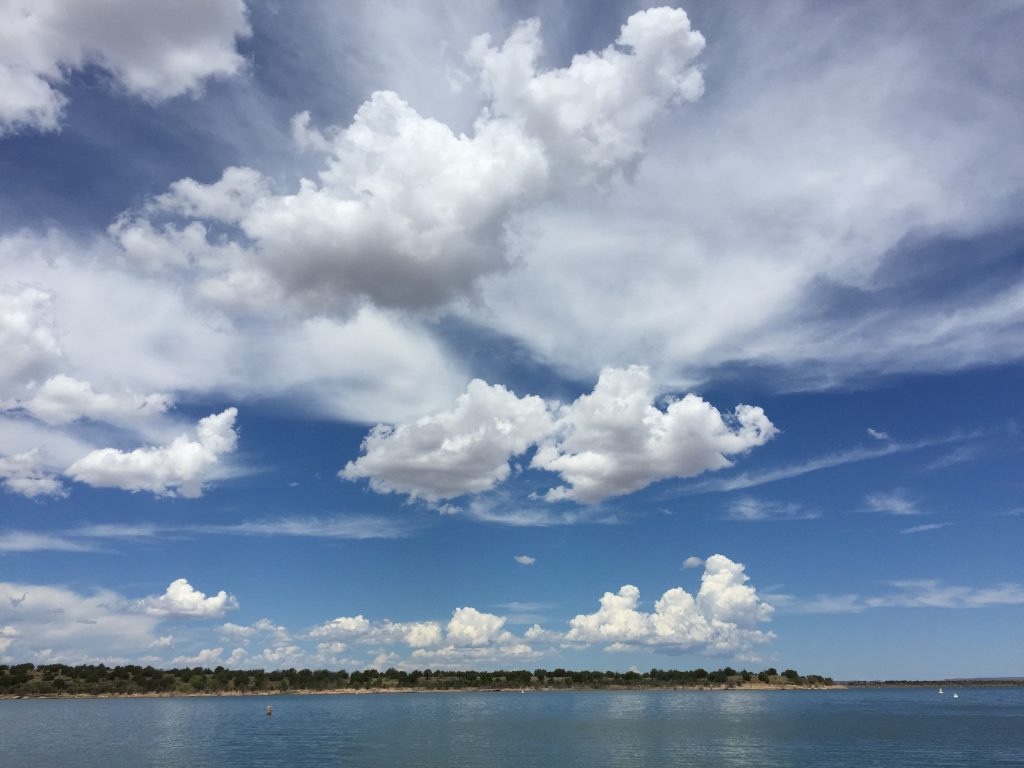 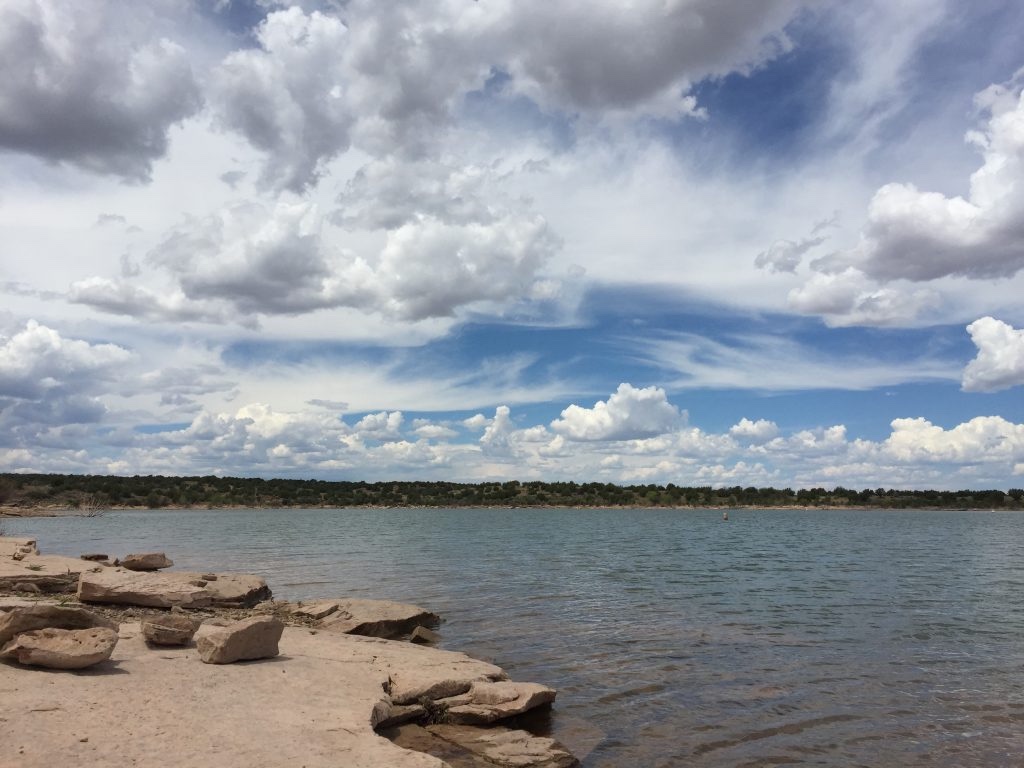 I was able to do some work on the van from the road. I’ve seen Home Depots in more states than I can count at this point. Finally upholstered the rear doors. 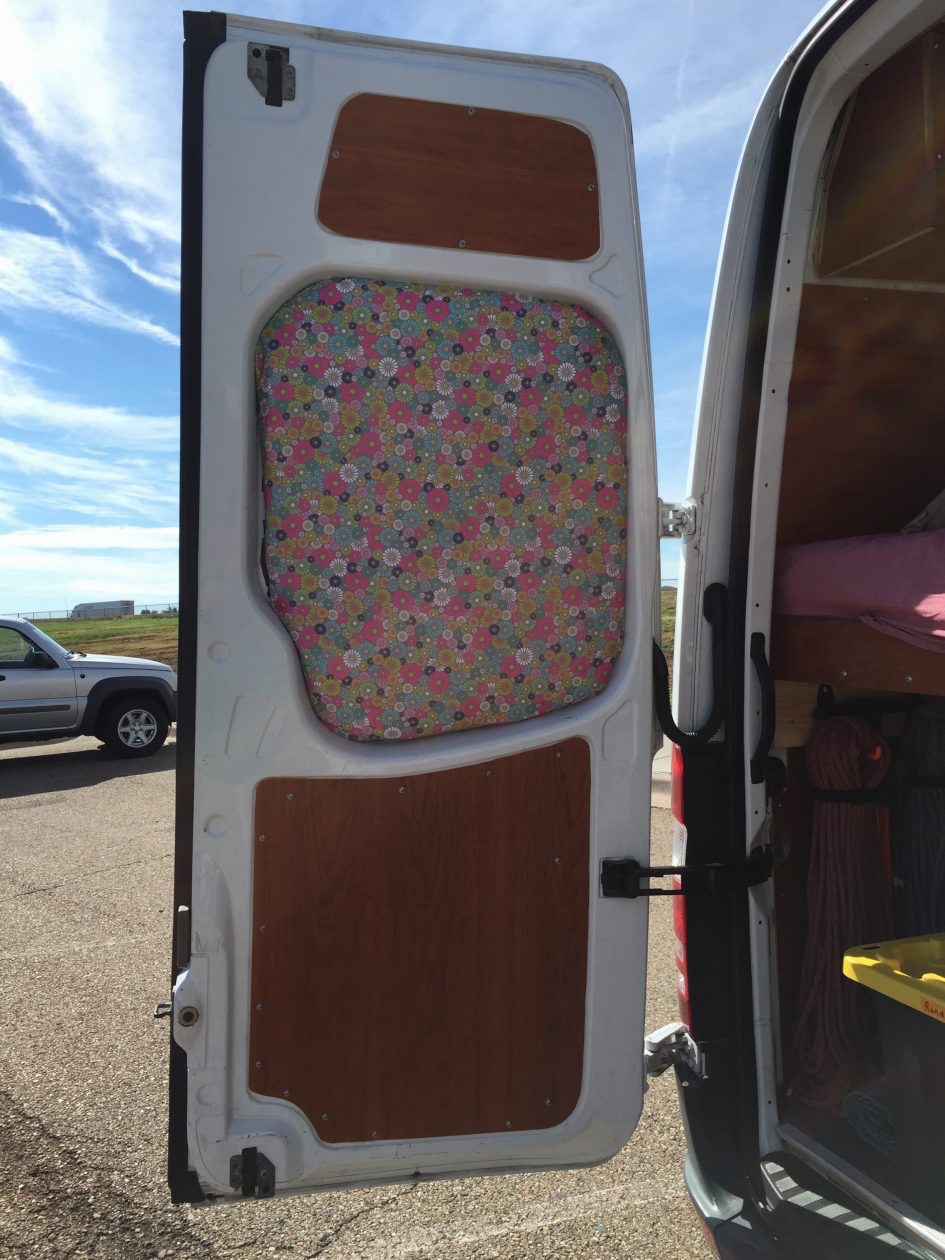 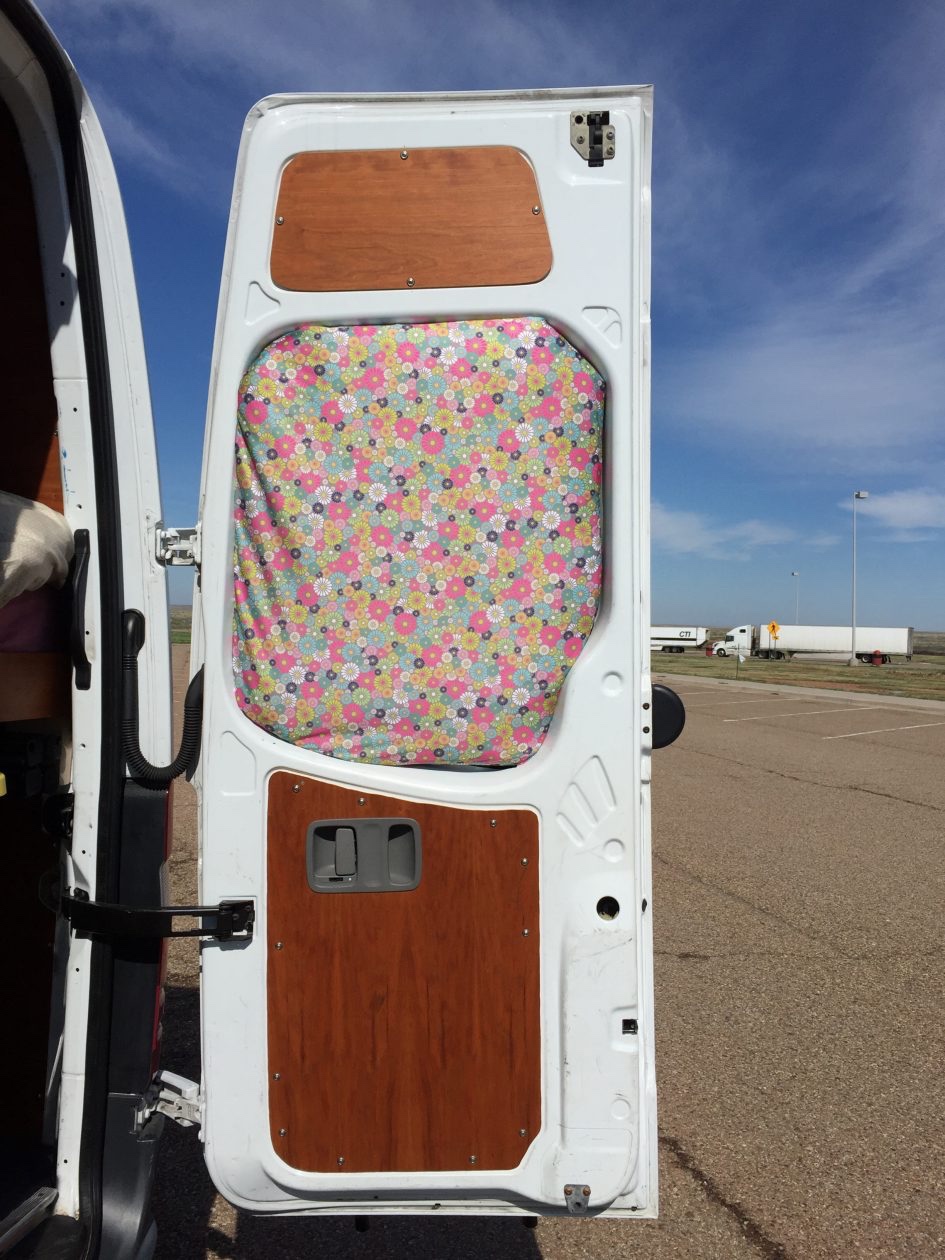 I installed shock cord to keep clothes and food items from falling off shelves. I also found this awesome ottoman, which matches the accent color of the counters and happens to fit perfectly under the stair. Can’t believe my luck! 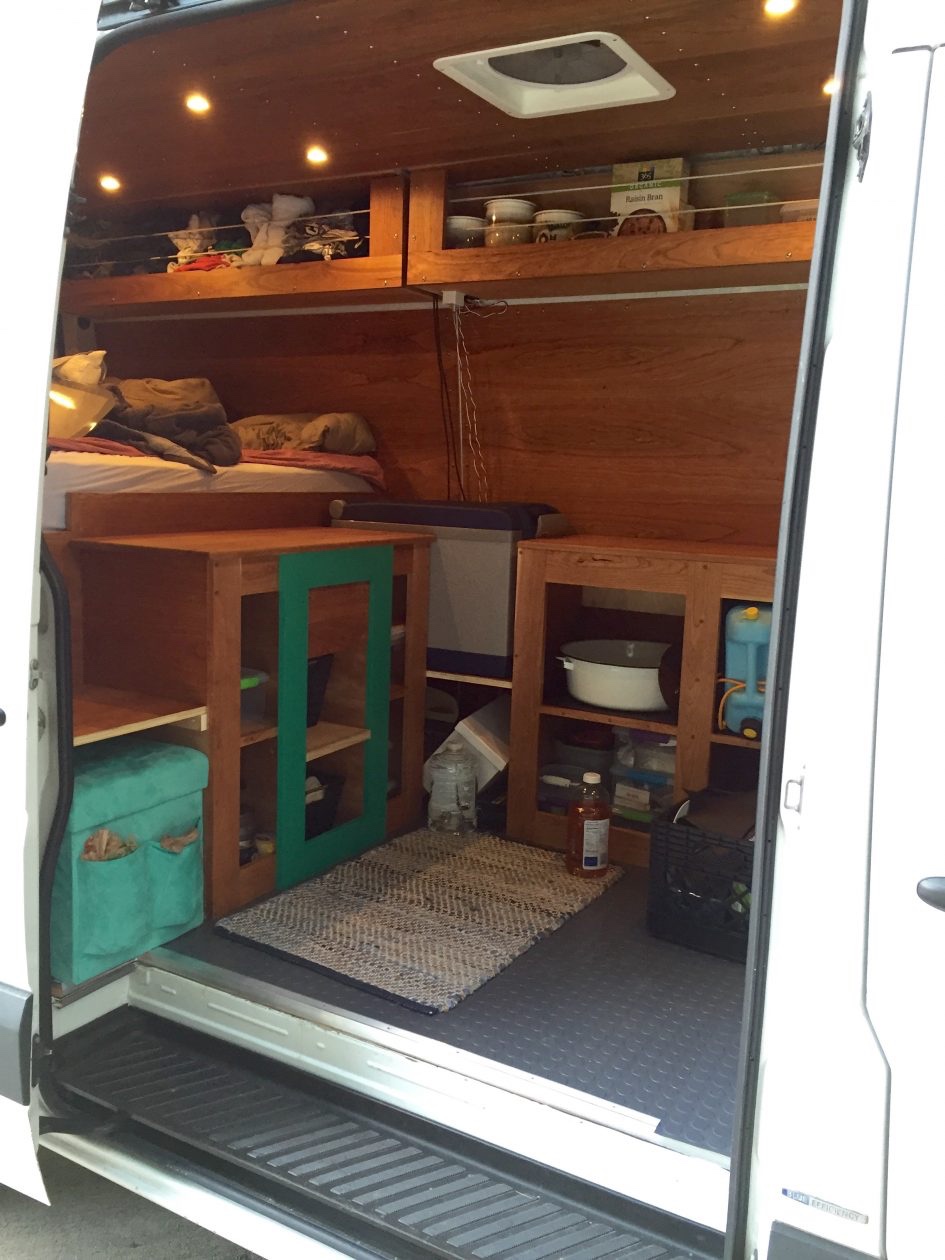 The step now doubles as a seat! 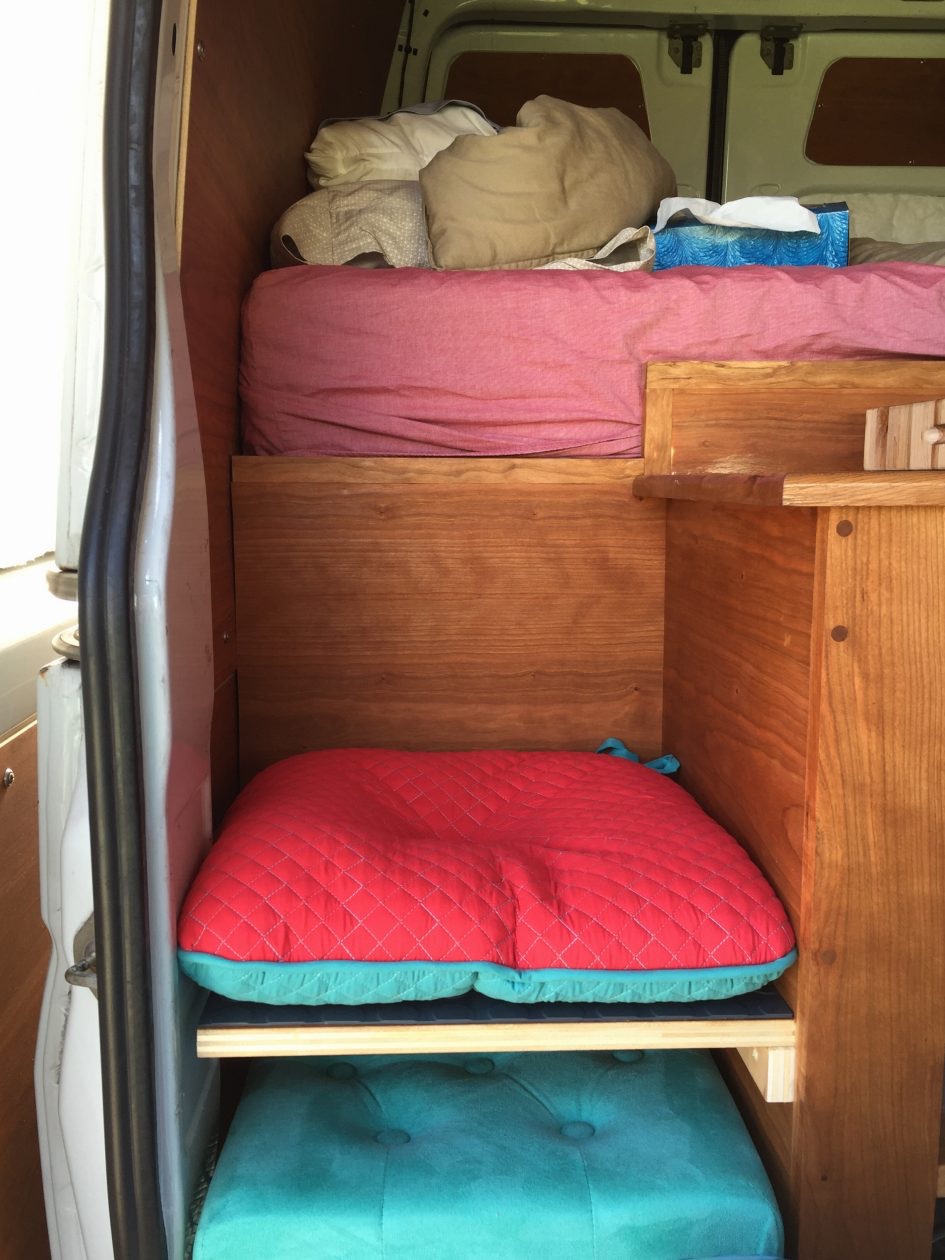 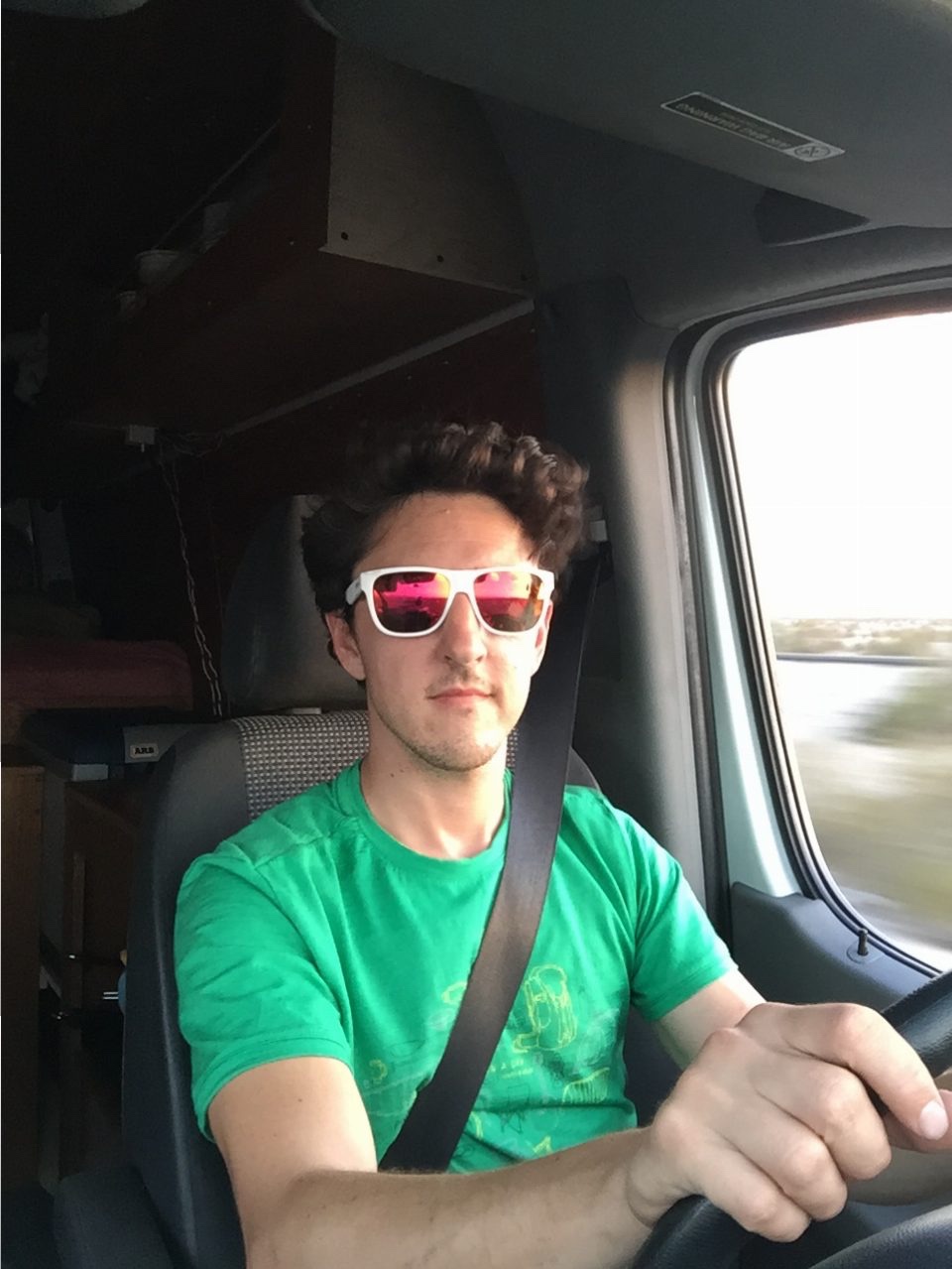 I made it to Oakland after a week of driving and got to see my old friend Sarah Herbison at long last! Next stop Scott Dugas’ house in the Mission where I’m writing this post. It’s awesome to have so many friends on the west coast! 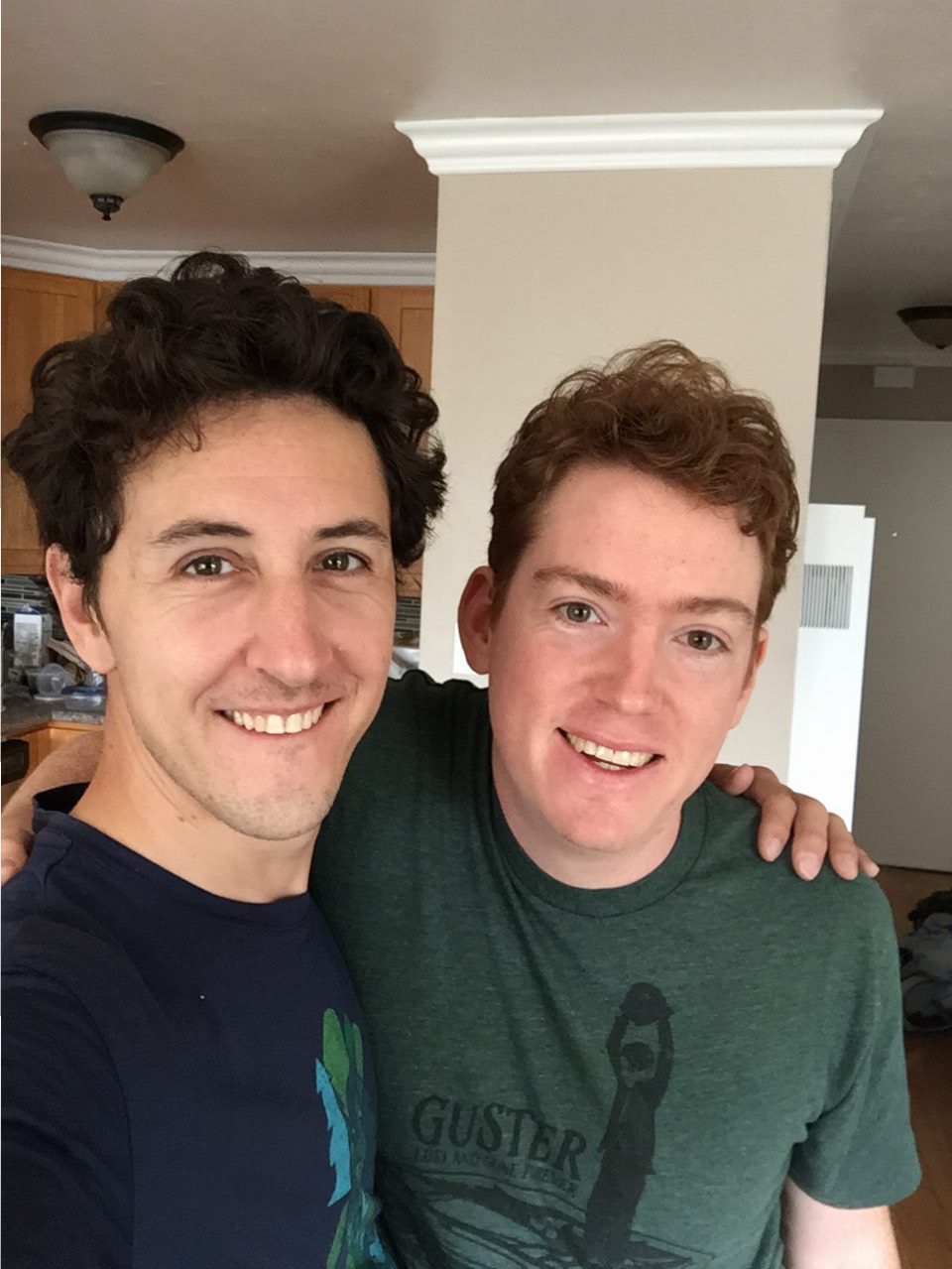